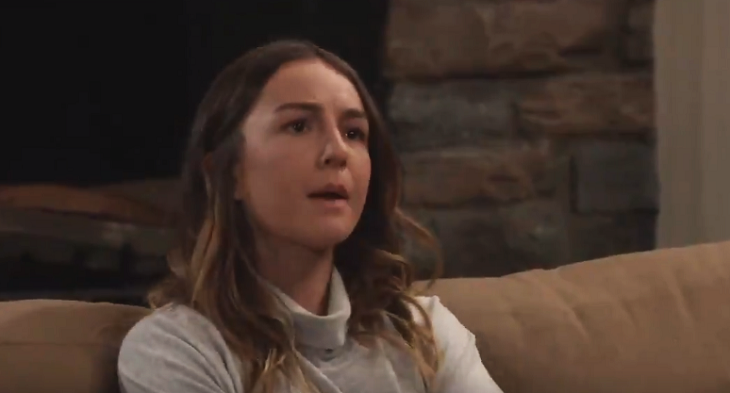 The Royal Canadian Mounted Police have sent Ryan’s “remains” to Kevin. Laura Webber (Genie Frances) asks Kevin to move home again; he needs to do some work on himself first. Kevin needs to work on his arrogance; he has been in therapy. Laura is sure Kevin will never make that mistake again. Kevin needs to confront and deal with his faults; Laura says he doesn’t have to do it alone.

Laura says Kevin can soul search from home and she forgives him. Kevin tells Laura he is going to drop the handoff at the morgue and then dispose of it. Kevin promises to be home after he makes a stop. Scott Baldwin (Kin Shriner) finds Laura at the hospital and tells her about Ava Jerome’s (Maura West) plan. Laura had hoped Ava had given up on this plan.

General Hospital’s Ava calls Scott over, she needs a hero, and he’s just the man for the job. Ava says Scott is her best friend in Port Charles. Scott asks what Ava wants him to do; she says fall in love with me. Scott cares for Ava. Ava explains to Scott that Ryan is alive and would resurface if he thought she was in love with him. Scott refuses to help Ava, and she throws him out. Kevin finds Ava at the bar and wants to discuss Ryan. Ava tells Kevin they can use Ryan’s hand to bury him. 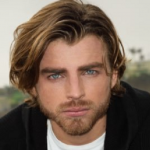 Michael tells Sasha he almost went to the mountain this winter but canceled for Avery Corinthos (Ava And Grace Scarola). He gets dressed to leave. Sasha asks if he’s running to another sister’s rescue, he says yes. Michael gives Sasha his number; she will text him soon. Sasha asks Carly Corinthos (Laura Wright) is it is possible to get a salad to go. Carly asks Sasha how she likes the gym, and she had the best workout today.

General Hospital’s Molly Lansing-Davis (Haley Pullos) and T.J. Ashford (Tajh Bellow) are talking at the hospital. She thinks something is wrong with Kristina Corinthos Davis (Lexi Ainsworth). Alexis Davis (Nancy Lee Grahn) comes in and tells Molly that Kristina is OK, or she will be. Molly demands answers. She demands Alexis tell her where Kristina is. Molly knows to stop pressing Alexis. T.J. tries to calm Molly down and assure her that Kristina will be ok.

WATCH: Scott pushes back on Ava's plan to lure Ryan back to Port Charles… because he's not convinced Kevin's brother is still alive. #GH pic.twitter.com/KGFqeXCuUN

Kristina tells Neil to call her family, but it won’t change anything. Sonny Corinthos (Maurice Benard) and Alexis arrive to speak to Kristina, and they are waiting on Michael. Neil instructs them on how he is handling this intervention. Kristina asks where Molly is, Alexis doesn’t think she should be there. Alexis gets a message, Kristina is upset that Alexis has her phone on when they are supposed to be talking. Kristina sees Alexis’ phone as a lack of respect.

She thinks her parents would love her if she were more. Kristina says she is lonely with her parents; she doesn’t feel that at Dawn of Day. Michael gives Kristina a gift and warns her that Shiloh Archer (Coby Ryan McLaughlin) is pushing her to do what he says. Michael misses his sister. Kristina made a promise that she could never go back home.

#MondayMystery: Where in Port Charles would you find this royal-looking knick knack? 👑 Answer Friday. And remember – be specific! @GeneralHospital #GH pic.twitter.com/e84QHyijHW

General Hospital’s Sonny and Carly are talking about Kristina; he hopes this plan works, Sam McCall (Kelly Monaco) says it has to for Kristina. Sonny suggests Shiloh could disappear. Sonny needs Sam to find that pledge ASAP Carly believes Sam has lost it after she comments that Kristina could lose it if the secret were exposed. Carly tells Sonny she doesn’t think this is going to work. Sonny promises that Shiloh will be dealt with soon.

General Hospital’s Shiloh approaches Jason at the gym. Jason continues to punch the bag. Shiloh tries to use Sam to get to Jason. Shiloh brings up Danny as well to push Jason, but he ignores him. He decides he doesn’t want to work out after all and leaves.

Jason gets off the phone with Brick (Stephen A. Smith) and tells Carly there were narcotics in the cup. Shiloh had the GH results tampered with by Brad Cooper (Parry Shen). Carly asks what Jason is going to do. Jason vows to take care of Shiloh himself.

General Hospital’s Harmony Miller (Inga Cadranel) is going through files at the DOD house. Sam looks through the files but notices that Harmony has Kristina’s file in her hand. Sam follows Harmony to the office where the files are kept and hides until she leaves the room. Sam breaks into the office, but Shiloh yells for Harmony forcing Sam to exit. Sam enters the room where Shiloh is and tells him she wants to take the next step. Shiloh informs Sam it will soon be time for her to join the trust.

General Hospital Spoilers: Lucas Moves On From Brad – Will He Find A New Love…

General Hospital Spoilers: Jason And Sam Deal With A Crushing Blow – Will They…