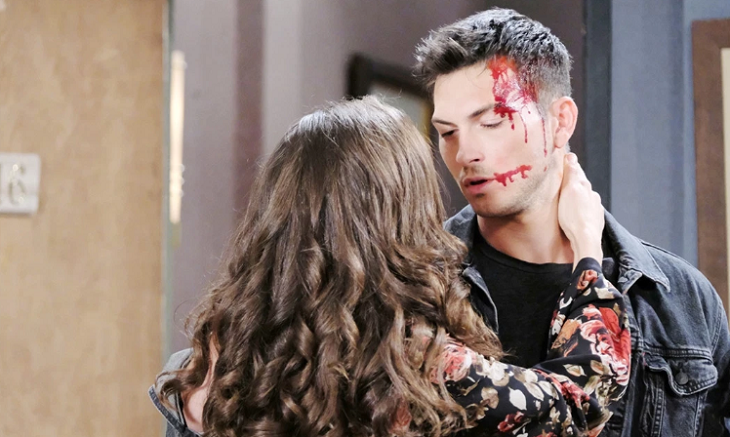 Stefan gets an update from his security team. Stefan gets ready to leave and asks if Gabi is ok to stay by herself. Gabi grabs Stefan and pulls him into a kiss. Gabi claims the kiss was for gratitude, Stefan would rather have a box of chocolates. Stefan and Gabi argue back and forth after the kiss. Gabi tells Stefan there will be no further kisses, yet pulls Stefan into another kiss anyway. Lani Price (Sal Stowers) interrupts Stefan and Gabi’s kiss.

Gabi demands to know why Lani is there. She says Rafe Hernandez (Galin Gering) asked her to babysit. Lani asks Gabi if she thinks of anyone but herself. Gabi tells Lani that Rafe was shot. Lani asks Gabi to watch the baby, but she insists on going to Stefan’s to get her phone. Stefan is on the phone with Chloe when Gabi arrives. Stefan gives Gabi her cellphone; she asks if he wants to finish what they started. Gabi starts to leave but ends up on the couch kissing Stefan. 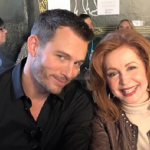 Days Of Our Lives’ Maggie Kiriakis (Suzanne Rogers) gives Victor Kiriakis (John Aniston) an update on Will Horton’s (Chandler Massey) biopsy. Maggie asks Victor what is so important; he says Kate Roberts (Lauren Koslow) financial statement on Titan. Maggie wants Victor to assure her he’s not going to hire Kate but figures out that he is. Victor accuses Maggie of being jealous of Kate.

Maggie questions why she would be jealous of Kate. He says he does not have Kate for business. Victor claims to hire Kate because she’s Phillip’s mother. Maggie tells Victor that she makes no sense at all. Maggie tells Victor that Kate doesn’t care that he and Phillip aren’t getting along. Victor disagrees with Maggie. Victor calls Kate to come over, and he hires her back at Titan.

Days Of Our Lives’ Kate overs Ted Laurant (Gilles Marini) on the phone discuss Chloe Lane (Nadia Bjorlin) and questions who he was talking to about her. Ted tells Kate he wants to keep his star witness alive to testify. Kate tells Ted this redemption idea is his way of getting into Hope Hernandez’s (Kristian Alfonso) pants.

Days Of Our Lives Spoilers – Ted Laurent Is Not Believed

Ted tells Kate that Rafe’s opinion doesn’t matter to Hope since he moved out. Kate tells Ted the separation has nothing to do with the baby. He says Hope is thinking about leaving Rafe for him. Kate says someone needs to talk to Hope about that. Ted pretends his old ways are behind him now. Kate tells Ted Hope is a fool – he’s not changed at all.

Days of Our Lives’ Rafe and Eli Grant (Lamon Archey) discuss Ted and how to make Hope see how dirty he is. Rafe tells Eli that Hope needs his help again and he’s not available. He talks to Eli about Hope not understanding his need to raise David.

Rafe is determined to leave the hospital and go home to the baby. Rafe makes Eli promise to keep him posted. Eli tells Hope he’s arranged for a helicopter. Hope asks Eli how Rafe is; she tells him Rafe is drugged up but wanted to come to the station. Lani promises to stay with Rafe and take care of David for him.

Days Of Our Lives Spoilers – Hector Knocks Out Ben Weston

Days of Our Lives’ Hector (Oswaldo DeLeon) holds a gun on Ciara Brady (Victoria Konefal); she tells him it would be a mistake to shoot her. Ciara tells Hector she is related to half the police force and tells him to let her call Hope and negotiate for him. He gives Ciara that phone and tells her to call Hope. Hector informs Ciara he is stalling, he is leaving town with her.

Ciara begs Hector to let her go, and he refuses. Ben Weston (Robert Scott Wilson) bursts into the room and tackles Hector. Hector knocks Ben out and starts to shoot him, Ciara lays across his body to stop him. Ciara gets up and attacks Hector, Ben comes to and knocks him out. Hope and Eli arrive to find Ciara in Ben’s arms and Hector on the floor. Eli cuffs Hector and Hope thanks, Ben.