General Hospital Spoilers: Nina And Valentin’s Wedding Nightmare — Who Will Stop The Ceremony? 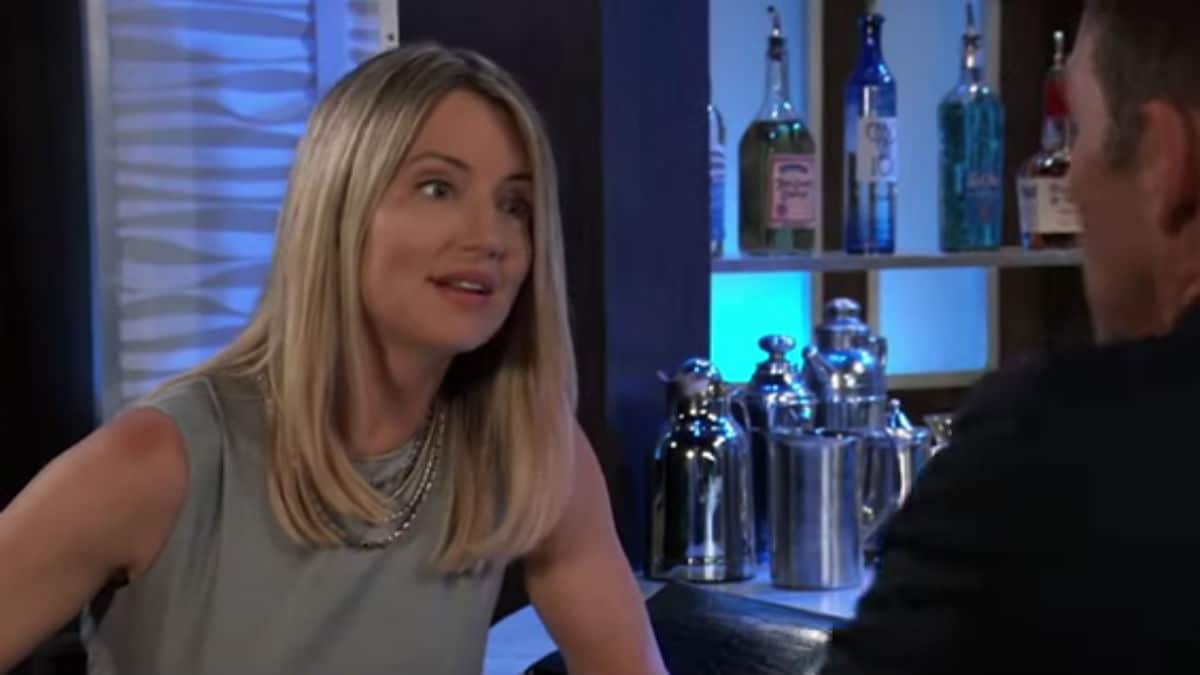 General Hospital (GH) spoilers tease that the wedding of Nina Reeves (Cynthia Watros) and Valentin Cassadine (James Patrick Stuart) is rapidly approaching. But there seem to be a lot of people that could easily prevent the ceremony ever happening! Let’s explore the possibilities.

Sasha (Sofia Mattson) was poisoned by Cassandra (Jessica Tuck) and was exposed to the bird flu. She was quarantined and sick for several weeks. She almost died because Cassandra wanted revenge on Nina for almost killing her over a year ago.

Sasha is recovering but has been so close to death made her want to change her lying ways? She knows the truth that she isn’t really Nina’s daughter will hurt Nina but the lies may be more than she can take. Sasha knows Valentine loves Nina, but he manufactured the lie that Sasha isn’t Nina’s daughter. If she tells Nina, then Nina will surely cancel the wedding! Sasha will probably not say anything, but there are a couple of other people who are aware of Valentine’s lie.

Dr. Obrecht (Kathleen Gati) knows that Sasha isn’t really Nina’s daughter and even went so far as to blackmail Brad (Parry Shen) into making sure Sasha’s most recent DNA test was doctored.

As of now, Obrecht and Valentine have an uneasy truce, so unless something happens to turn her further against Valentine. But Brad is a different story. If Brad’s baby swap role comes out, he may the one that tells all. If he has nothing to lose, it’s easy to see Brad wanting anyone and everyone to suffer.

Cassandra is definitely a wild card here and would like nothing more than to destroy both Nina and Valentine. Her very presence would plunge the wedding ceremony into chaos.

She is a danger to everyone close to Valentine and Nina and would take great pleasure in being the cause destroying their perfect day. But it seems highly unlikely she would show her face as she is a wanted fugitive. But the threat of where she will strike next will likely put a damper on any festivities.

Valentine himself could have a change of heart. He has been lying to Nina for months about Sasha’s true parentage and maybe his guilt will finally catch up to him. He really does love Nina and he may be betting that their love can withstand his lies catching up to him. This seems unlikely, but it’s still a possibility.

Find out what happened on Wednesday's #GeneralHospital episode. #GHhttps://t.co/vTbdU3XJ6P

It’s been rumored for a long time that Willow Tait (Kaitlyn MacMullen) is Nina’s real daughter. General Hospital viewers will recall that Nina’s true daughter is in possession of half of a locket. Nina has one half but of course, Sasha does not have the other. If Willow has that locket in her possession and attends the ceremony wearing it, Nina herself might realize the truth. She would then know Sasha and Valentine have been lying to her for months now.

Looking at all the suspects, it seems that Brad may be the one that ends Valentine’s deception once and for all. But that locket has been a story point for a long time and it’s bound to show up at some point. It’s hard to imagine a scenario where Nina learns the truth and forgives Valentine. This will more than likely put a permanent end to their relationship.

Do you think that one of the people mentioned above will stop the wedding? General Hospital spoilers tease that some hot plots are coming to a boiling point. One this is for sure, anything can happen! Watch General Hospital weekdays on ABC to find out what will happen!

General Hospital Spoilers: Michael Lays Out His Plan– Will He Finally Discover Wiley Is Really Jonah?