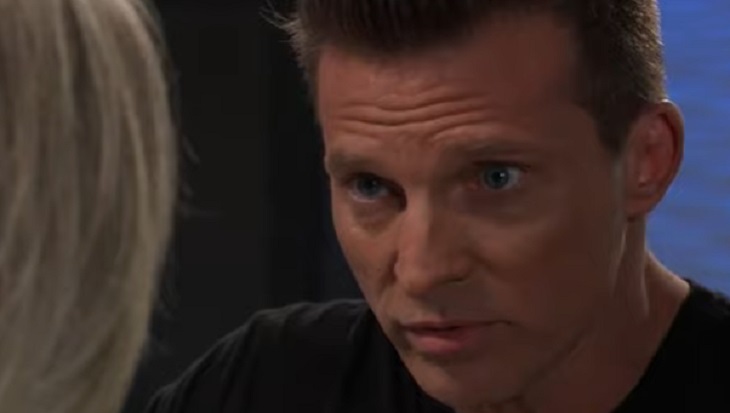 First, Alexis Davis (Nancy Lee Grahn) runs into her old friend and former AA buddy Dr. Hamilton Finn (Michael Easton) and offers support to a troubled soul! Might he be bothered about Hayden Barnes’ (Rebecca Budig) arrival in Port Charles and how it will affect his fiancé Anna Devane (Finola Hughes) when she returns?

Next, we see Hayden having a meal with Laura Webber Collins (Genie Francis) and catching up. Laura expresses her concern about someone having one thing still hanging over his head, and that is Valentin Cassadine (James Patrick Stuart)! Could they be talking about Spencer Cassadine (Nicholas Bechtel), who Hayden adored?

Ava Jerome (Maura West) talks to her brother Julian Jerome (William DeVry) telling him she needs one thing more than anything else; Could she be talking about closure and being able to move on from her grief for her late daughter Kiki Jerome (Hayley Erin)? Will Ava tell Julian about her attempts to contact her by means of psychic Sibley Gamble (Veronica Cartwright)?

Elsewhere, Jason Morgan (Steve Burton) shares his concerns with Carly Corinthos (Laura Wright). He is worried that if someone they are discussing “ever does that, it means trouble for everybody!” Could he be talking about young Dev Cerci, (Ashton Arbab) who he caught trying to steal out of Laura Webber’s purse in the Metro Court in Friday’s episode?

Lulu Falconeri (Emme Rylan) is talking to Sonny Corinthos (Maurice Benard) and telling him they need to make something right. In Friday’s episode she had been talking to him about bringing her husband Dante Falconeri (Dominic Zamprogna) home. Is she talking about Dante?

Maxie Jones (Kirsten Storms) knows she messed up bad when she ran in after the WSB agent to try to confront Dante at the WSB facility in Ithaca, New York where she had traveled with Peter August (Wes Ramsey), also in Friday’s episode. She shouted, “Dante, NO!” and now she is looking downward and saying someone will be taken to GH! Could she have triggered an episode in Dante and the agent had to shoot him in self-defense?