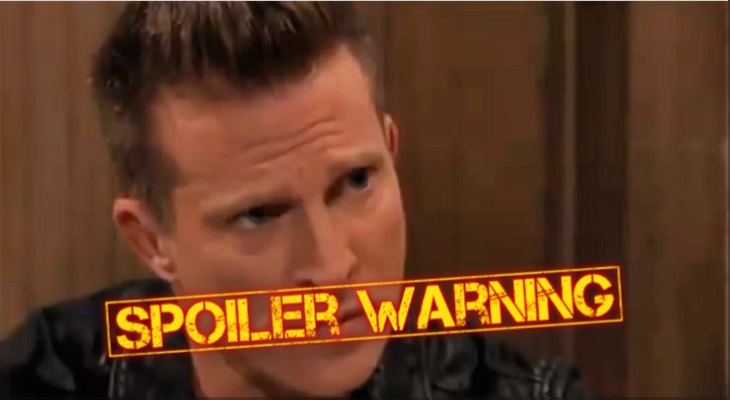 “General Hospital” spoilers for Monday, February 11, tease that Ava Jerome (Maura West) will show up at the right place at the right time. She’ll derail Ryan Chamberlain’s (Jon Lindstrom) rooftop murder plot, so Dr. Griffin Munro’s (Matt Cohen) life will be saved. Once Griffin heads back inside, Ava will have a crucial conversation with “Dr. Kevin Collins.” She’ll insist she knows what he’s been up to.

Ryan will look agitated, but it appears Ava will deliver good news. She just decided to find “Kevin” and apologize, so Ryan should be glad after things get back on track. In the meantime, Griffin will shut down Sasha Gilmore’s (Sofia Mattsson) attempts to talk about Kiki Jerome (Hayley Erin). He’ll feel like that’s all anyone ever wants to discuss with him. Griffin will snap that he’s sick and tired of it.

Sasha will get where Griffin’s coming from and offer her support anyway. She may suggest that they can talk about whatever he wants. Sasha will just think Griffin could use a friend right now, so she’ll keep him company if he’ll allow it.

Other General Hospital spoilers say Alexis Davis (Nancy Lee Grahn) will face an awkward situation. The man she was chatting with at Charlie’s Pub just so happens to be her therapist. Now that Alexis is standing in Neil’s (Joe Flanigan) office, she’ll wonder what they’re going to do about this.

Of course, there’s no reason they can’t have a therapy session as planned. Neil might argue that they just got a little taste of it at the bar. Alexis confided in Neil there, so she might as well do it in a professional setting, too. GH fans can expect Alexis to like the advice she gets at this appointment. She’ll decide to keep up these sessions and hopefully get a grip on her life.

Over with Shiloh Archer (Coby Ryan McLaughlin), he’ll welcome a visit from Drew Cain (Billy Miller). They’ll discuss their past, which Drew obviously doesn’t remember. Shiloh will wonder if there’s a possibility Drew’s memories will ever return. Is the real story darker than Shiloh’s letting on? Is he hoping Drew will remain clueless about his true history? Drew could develop more suspicions after this.

At the Beechers Corners chapter of DOD, Jason Morgan (Steve Burton) will meet Harmony (Inga Cadranel). “General Hospital” spoilers say Harmony will greet Jason and happily answer all his questions. She’ll assure Jason that Dawn of Day is a family, so everyone’s wanted and accepted. Jason will be sneaky about his search for Shiloh answers, but he should walk away with some good details.

Sam McCall’s (Kelly Monaco) side of the mission will continue as well, but Carly Corinthos (Laura Wright) will have some issues to voice. She’ll chew Sam out a bit, but Sam will downplay this as a “JaSam” stumbling block. Jason and Sam may not be able to take their relationship public right now, but they can be perfectly happy in private.

Sam’s con is in full force, West Coast. And Shiloh’s more than willing to poke and prod about her current relationship status with Jason.
An all-new #GH starts RIGHT NOW on ABC! @kellymonaco1 #GH55 pic.twitter.com/yclqVjTb8j

Sam will just want to focus on the task at hand and get this over with. She’ll promise Carly that Shiloh’s going to get a taste of his own medicine. Sam can be just as manipulative when she wants to be, so she’ll have high hopes for this scheme.

Bold and the Beautiful Spoilers Monday, February 11: Steffy Worries Hope Is Too Close To Phoebe, Zoe Fears The Worst