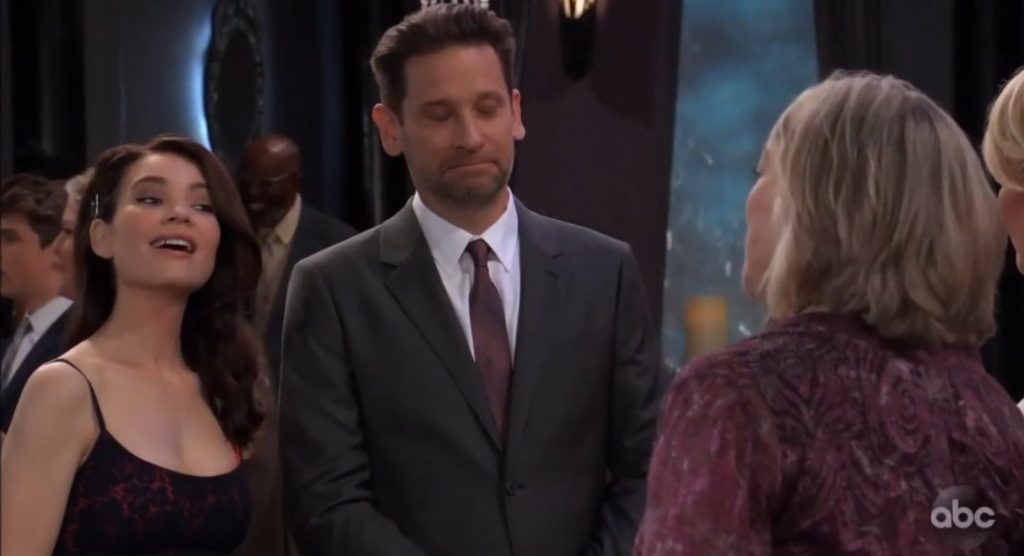 General Hospital (GH) spoilers indicate that Liz (Rebecca Herbst) has a big decision to make. Up until now, she has been on a mission to get Franco (Roger Howarth) back, but in truth there are four possible outcomes to the procedure and as it gets closer to the date or the procedure, it looks like Liz may take a step back from her stance. Let’s take a look at the possible outcomes.

The first outcome is the one that Liz is hopeful for. That the memory mapping reversal removes the “Drew” memories and Franco emerges from the procedure just as he was before this whole mess started. Franco’s memories of his life with Elizabeth and her boys is intact and life for Liz goes back to the way it was. This was the whole point of having Franco committed but even Liz can’t deny that with only a 25% chance of working, it’s a long shot. And all of the other possible outcomes are exactly what Liz doesn’t want.

The second option is that the procedure has absolutely no effect and the “Drew” memories inside Franco’s head remain exactly as they are now. The third option is that the “Drew” memories intensity. Franco would not be the man Liz and her boys remember and this would certainly open the door for Drew to take off with Kim Nero (Tamara Braun), More than likely, the two would leave town and Liz would be without the man she loves. This would be awful, but at least he would be out there somewhere, living his life as “Drew”.

The scariest option of the four is the last one. Franco is left in a vegetative state. His body would still function but without the memories or either Franco or Drew, he would be without any mental faculties as all. It’s this possibility that may cause Elizabeth to rethink her position. No matter how much she wants Franco back, she also wouldn’t be able to bear seeing him like that, especially knowing it was her decision that left Franco in that condition.

GH Spoilers – If Elizabeth Webber Does Nothing, Then What?

So as hard as it may be for her, look for Liz to quite possibly decide not to go through with the procedure. The one things she has been holding onto were Franco’s last words to her son Cameron (William Upton) that he would be back, one way or another. It seems nearly impossible that Franco can fight his way back to Liz on his own, it would almost take a miracle.

But in Port Charles, even amongst all the drama and intrigue, miracles do happen! What do you all think? Should Liz go through with the procedure even with all the risks or should she count on Franco to come back to her, like he promised he would? Some exciting, emotional scenes are coming up so tune in to General Hospital weekdays on ABC and see what Liz decides!