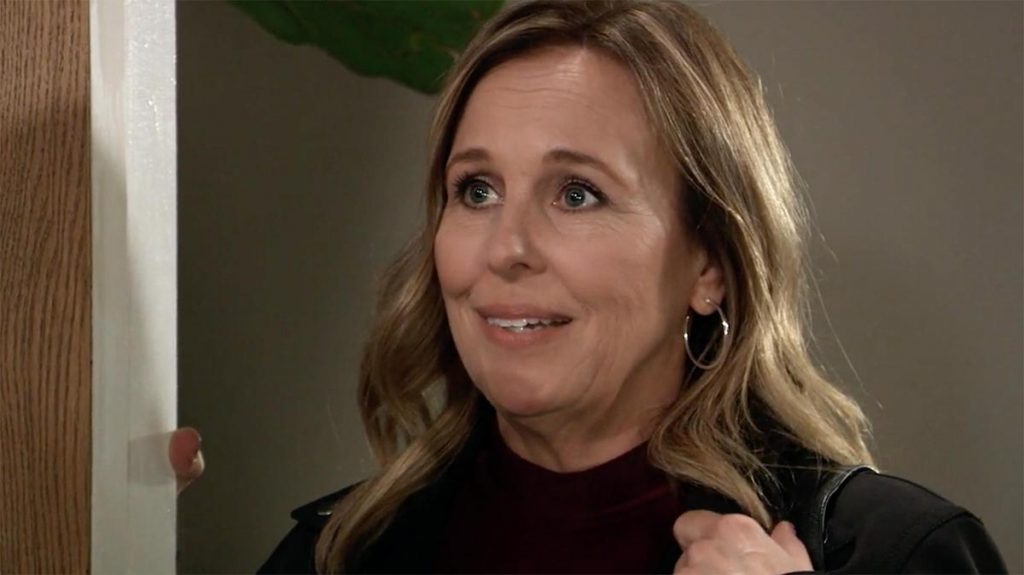 General Hospital spoilers tease that Laura Collins (Genie Francis) will tell Jasper Jacks (Ingo Rademacher) her theory about where the codicil to Mikkos Cassadine’s (John Colicos) will might be located in an upcoming episode of GH!

Before It Was Thrown Away, Kevin And Laura Collins Found A Map In Helena Cassadine’s Portrait

General Hospital viewers will recall that before Valentin Cassadine (James Patrick Stuart) threw it away, telling Laura that Charlotte Cassadine (Scarlett Fernandez) was frightened of it, Laura and Kevin Collins (Jon Lindstrom) had – well, mostly Kevin – found a map in the jewels on Helena’s blouse in the painting.

It matched a certain constellation of stars, and Laura found an astronomy book on the bookshelves in the Wyndemere library, where the painting was under a cloth also, that helped them narrow down the location of the codicil to right there on Spoon Island, although they didn’t have enough time to finish figuring out the exact location before Valentin and Liesl Obrecht (Kathleen Gati) returned to the mansion.

Laura and Curtis Ashford (Donnell Turner) had brainstormed, trying to figure out where the codicil might be from the photo of the painting Laura had on her phone, and Curtis possibly tried to enlarge the photo without pixilation, although that sounds more like a job for Damian Spinelli (Bradford Anderson)! Spinelli has access to more sophisticated equipment than Curtis does, and it’s not something he wants to “borrow” the Port Charles Police’s equipment for since it’s not connected to a crime.

Now Laura may tell her theory to Jax to see if he can help! Kevin will be involved in Franco Baldwin’s (Roger Howarth) competency hearing, as will Commissioner Jordan Ashford (Briana Henry) even if Curtis wanted to run the idea by her for the police forensics lab to try to get a good enlargement of the photo!

Since Hayden Barnes (Rebecca Budig) lived at Wyndemere during the short time she was married to Nikolas Cassadine, (most recently Nick Stabile) Jax might want to bring her in on the loop concerning Laura and Kevin’s theory, based on the painting and the clues in it. Even though Laura’s cell phone photo may be small, she may have gotten enough of the painting to see more clues in it if she blows it up a little bit, that may ring a bell with Hayden.

But the best thing if the painting itself cannot be retrieved, would be to find a technology that would enlarge Laura’s photo sufficiently so that it can be looked at closely for even more clues that may exist within it. There is most certainly a clue in the teapot, which shows the reflection of a man in it that has been assumed to be Nikolas, and that he poisoned Helena with her tea, causing her death. But if the painting was done while Helena was yet alive, why didn’t she stop drinking the tea? Another question is, who painted the portrait to begin with? And it could be that the codicil no longer exists – maybe it was behind the painting itself!

Days of Our Lives Spoilers: Princess Gina’s Comeback Questioned – Dr. Rolf Had Nothing To Do With It?