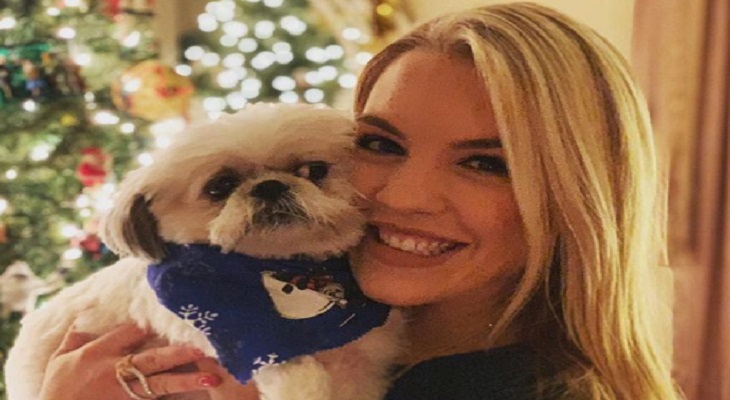 Kristen Alderson’s tweet sent her fans into frenzy, thinking that she might be returning to “General Hospital.” In her post on Valentine’s Day, she posted on Twitter that she’s doing something fun and it has to do with the daytime soap. “Happy Valentine’s Day everyone!! Guess what?? I’m doing something realllly fun today & it has to do with @GeneralHospital Any guesses!?” she teased her followers.

Many fans were quick to ask if she’s returning to reprise the role of Starr Manning or even bring back Kiki Jerome from the dead. “OMG hope you are coming back to GH as Starr. Michael needs you!” one fan commented. Others pitch some fun suggestions like breaking Franco out or even becoming Nina’s daughter.

Unfortunately, Alderson, who left GH in 2015, shot down the speculations of her comeback to Port Charles. “No truth to it. The rumor started because I said that I did something ‘with General Hospital.’ But it was just the podcast with the guys from General Hospital,” she wrote on Twitter in response to a fan’s question.

Alderson actually guested on a podcast with GH’s Steven Burton (Jason) and Bradford Anderson (Spinelli) on “That’s Awesome with Steve and Bradford.” They talked about Alderson’s time on “One Life to Live,” practically growing up there since she first appeared in 1975 and played the role of Starr Manning from 1998 to 2012. They also talked about her time on “General Hospital” where she played Starr from 2012 to 2013 and then Kiki Jerome from 2013 to 2015. GH then recast the role of Kiki with Hayley Erin. Kiki was written out of the daytime soap in November last year as Erin is doing a primetime series, “Pretty Little Liars: The Perfectionists.”

Kristen shared that she had fun with Steve and Bradford. “I’ve known these guys forever, they’re hilarious & so much fun! Loved catching up @BfordAnderson @1SteveBurton Thanks for having me on your AWESOME podcast!” she said.