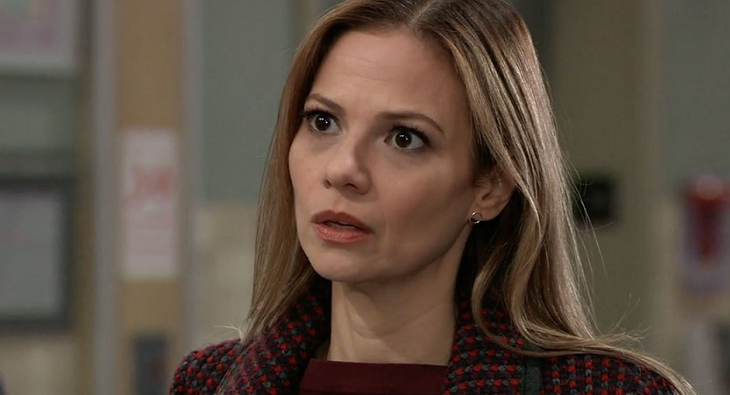 General Hospital spoilers tease that Shiloh Archer (Coby Ryan McLaughlin) will reach out to Dr. Kim Nero (Tamara Braun) in her time of need, but she will turn him down flat. Oscar Nero (Garren Lake Stitt) had a major seizure during the teens’ trip to Niagara Falls.

is it possible he might die later this week, or go into a coma? Or have they found out he has much less time left? A grieving, devastated parent is just the type of vulnerable person a cult leader like Shiloh would be looking for to reel in and take control of.

Shiloh could have some ulterior motives for getting close to Kim as well. He may want to know if Drew Cain (Billy Miller) has mentioned anything at all that he may have remembered from Afghanistan. He may suspect Drew may have his own agenda against him, and thinking that getting close to Kim might get him some inside information.

But Kim knew Drew before he was deployed, and they haven’t been close enough to sleep together so she couldn’t have heard him say anything in his sleep. Nonetheless, Shiloh’s definitely worried that Drew eventually will remember something that could get Shiloh in a lot of trouble, possibly even witnessing a murder Shiloh committed, or at least hearing it from Shiloh himself when drunk and stupid, and he doesn’t want that to happen.

Maybe he’s trying to see if she knows anything from Julian Jerome (William DeVry), since he is Kristina Corinthos-Davis’ (Lexi Ainsworth) former stepfather and Sam Mc Call’s (Kelly Monaco) birth father. But he should know that Julian wouldn’t know much. Just from Kristina talking about her family, he should already know that Sam and Julian in particular don’t get along!

Young And The Restless Spoilers: Victor, Nick, and Billy Forge An Alliance To Help Cover-Up Trio