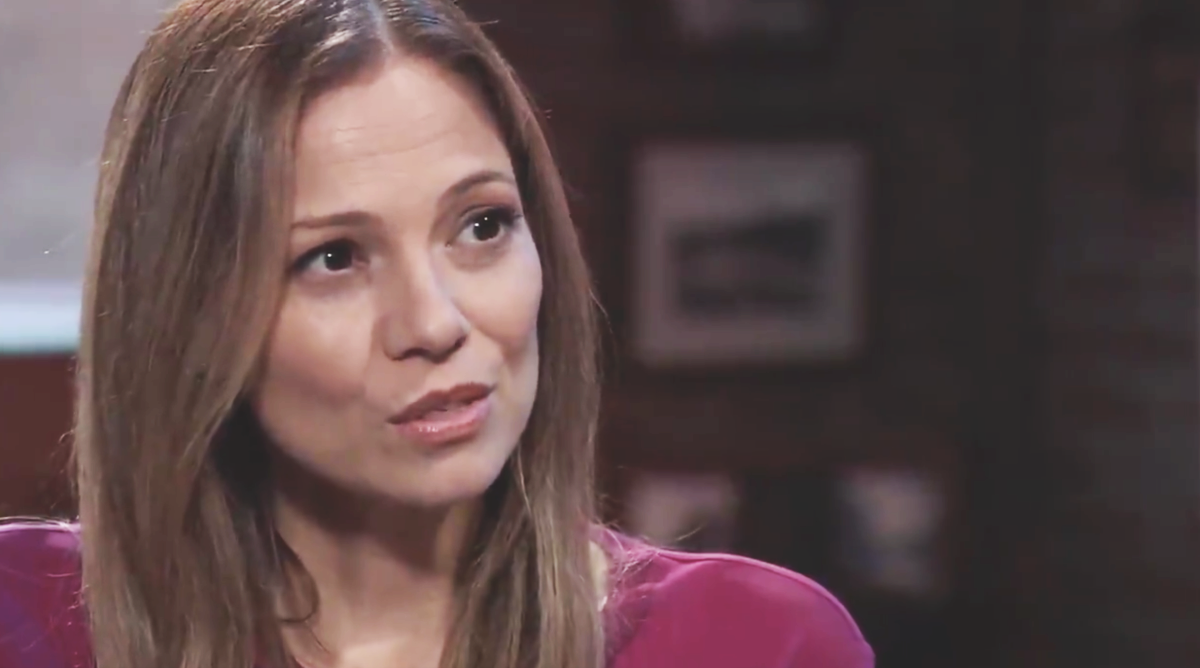 General Hospital (GH) spoilers tease that the legal battle for Drew Cain/Franco Baldwin (Roger Howarth) is coming up fast! Battle lines have been drawn and a lot is at stake for Franco and his entire family. Elizabeth Webber (Rebecca Herbst) has always played dirty she needs to, and in order to have any chance to get her husband back where he belongs, she may have to do so again.

Franco’s father, Scott Baldwin (Kin Shriner) will also do whatever he has to. His opponent is Martin Grey (Michael E Knight) who Kim Nero (Tamara Braun) has retained to represent Franco.

Viewers know that Franco currently believes himself to be the pre-2012 version of Drew Cain (Billy Miller) because of a memory mapping procedure that was done to him against his will. This version of Drew Cain remembers his great love Kim, who actually gave birth to Drew’s son, the late Oscar Nero Quartermaine (Garret Stitt).

Kim’s grief over losing Oscar has caused her to do some pretty irrational things since he died. He pleaded with both Drew and Julian to get her pregnant so she can have another child. Of course, a new baby could never replace Oscar but Kim was determined.

At one point she even drugged Drew and got him in bed to conceive a new baby. It didn’t happen, and that’s when Kim decided to see a therapist and eventually planned to leave town with Julian.

And while Elizabeth may not know the lengths that Kim went to, she was aware are Kim’s instability and desperation to have another child. She recently revealed this information to Scott and told him to use it in court if he needed to.

General Hospital Spoilers – How Will Franco Baldwin React To The Questions?

Elizabeth said she would do whatever she has to in order to have the memory mapping procedure reversed. And although Martin is sure to object, look for Scotty to introduce Kim’s mental health into testimony. Kim will likely be devastated. She has built quite a reputation as a respected doctor in her field, and questions about her mental health will most certainly tarnish it.

General Hospital Spoilers: Epiphany Maintains The Peace — Can She Get Liz And Kim To Get Along? https://t.co/VlX1VO8iQ4 pic.twitter.com/UDegL4XvrF

How will Drew react, seeing the woman he thinks he loves in so much pain? This could lead an even greater rift between Elizabeth and Drew. He’ll most likely reiterate that he wants nothing to do with her or her family and if he wins the case, he’s likely to leave Port Charles with Kim and never look back!

Will Elizabeth and Scotty play dirty? Will all of Kim’s dirty laundry come out? How will this impact the court ruling? Some dramatic courtroom scenes are coming up on General Hospital, airing weekdays on ABC, so be sure to watch. And don’t forget to check back here regularly for all your General Hospital news, rumors and spoilers!

Days of Our Lives Spoilers: Eric And Nicole’s Future Jeopardized By Xander Cook?

The Bold and the Beautiful Spoilers: Quinn Stands Her Ground – Forces Wyatt To Choose Flo!