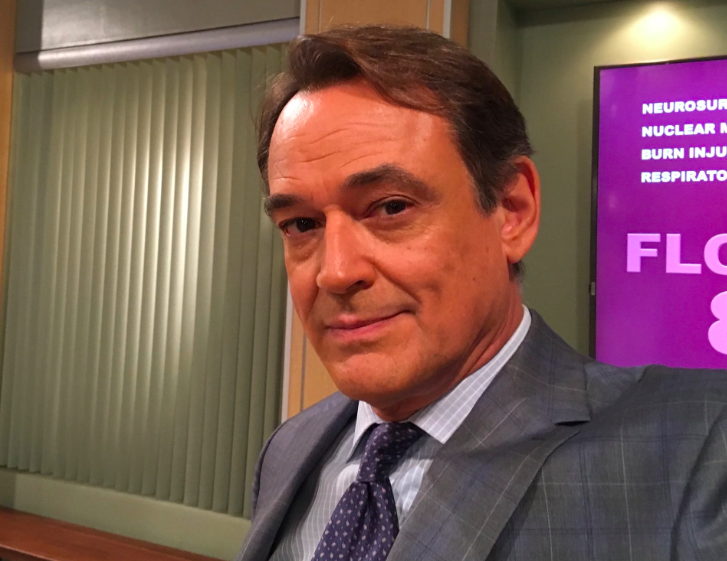 GH Spoilers: Dr. Kevin Collins Will Get Some Good News

However, as a consequence of Ryan’s having impersonated Kevin for all those months when he had him imprisoned in Ferncliff, Kevin not only lost a lot of patients, and a secretary – as General Hospital viewers will recall – let’s hope we don’t find her skeleton stashed somewhere at GH thanks to Ryan – he was suspended from his job at General Hospital when he got back!

It is highly possible that the good news Kevin receives is that his privileges have been restored at General Hospital, and he is able to start building up his psychiatric practice and start seeing patients again.

General Hospital Spoilers: Will Jordan And Curtis Have A Baby?

Kevin probably needs the money; after months of Ryan stealing his credit cards and bank accounts, and his whole identity both personal and financial, Kevin is probably broke! It’s a good thing he and Mayor Laura Webber Collins (Genie Francis) got back together again, or he really would have been in sad shape…even his car was probably impounded since it would have been evidence in Ryan’s case since Carly Corinthos (Laura Wright) had been kidnapped in it.

That’s a loose end that General Hospital writers never tied up; and the box of drivers licenses in the trunk that was Ryan’s trophy collection from years back was in that trunk as well, but GH viewers can assume it was impounded, part and parcel and is in the police impound yard to be used as evidence when Ryan comes to trial, as he eventually should.

This summer is bound to be hotter than ever. ☀️#GH pic.twitter.com/LoTjlGCIR4

GH Spoilers: Ryan Chamberlain To Have A Trial

True, he is in Pentonville Prison’s infirmary, but the PCPD didn’t have an infirmary that could handle Ryan and they didn’t want to keep him in GH for safety reasons. He has to have a trial! In the meantime, Kevin must be Ubering when Laura can’t take him places, or maybe she bought him another car.

It will be good news indeed for Kevin if his GH and psychiatric practice privileges have been restored and he can start practicing again; stay tuned to General Hospital and keep checking General Hospital spoilers frequently for all the latest news, updates and developments!

Days Of Our Lives Spoilers: Sami Breaks The News About Caroline Too Will, But Does He Already Know?