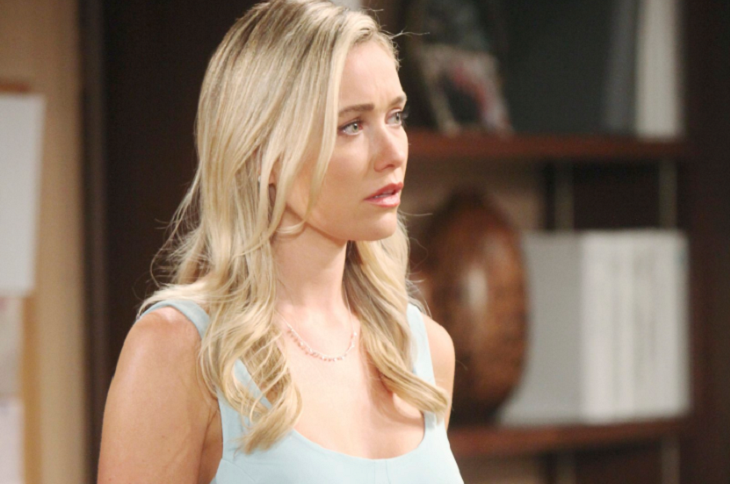 It begins at Forrester Creations, where Thomas can’t stop thinking about his kiss with Hope. He calls his sister Steffy Forrester (Jacqueline MacInnes Wood) and inquires about her and Liam Spencer (Scott Clifton). Jacqueline says that Liam is settling in nicely at her beach house. Thomas says that if it were up to him, Hope would be his wife already.

At the cabin, Hope has flashbacks of the night that her daughter supposedly died. She’s also feeling sad about the end of her marriage to Liam. Hope then gets a phone call from Thomas asking if they can meet. 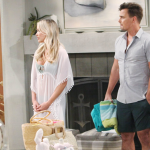 The Bold And The Beautiful Spoilers: Wyatt Arranges Awkward Get-Together Between Steffy & Flo

At the Forrester mansion, Wyatt and Flo are flirting. Wyatt says that he’s going to Steffy’s beach house, but Flo doesn’t think it’s a good idea. Wyatt senses something is wrong but says that he thought Steffy and Flo get along. Flo changes her mind and says that maybe it’s a good idea that she does see Phoebe.

At home, Ridge and Brooke are enjoying a quiet night together. Ridge mentions that Thomas has been taking a lot of steps forward lately, both professionally and personally speaking. Brooke says that she has noticed all of the hard work that Thomas has put in. However, she doesn’t feel comfortable with how Thomas has been treating Hope lately.

Brooke is convinced that Thomas is using Douglas as a pawn in his plan to win Hope. WATCH FULL EPISODE: https://t.co/hcodBIIdCp #BoldandBeautiful pic.twitter.com/fgBgOI71lV

She admits that Thomas’ interest in Hope looks very unhealthy. Brooke then says that Thomas had his issues in the past and that he seems like he’s obsessed with Hope now. Ridge thinks that Hope and Thomas are both helping one another move forward. However, Brooke thinks something else might be going on.

At the cliff house, Steffy and Liam are getting ready for their picnic. Steffy finds out that Flo is coming and feels a little surprised about it. It’s been several months since the adoption and Flo has never asked to see Phoebe. Wyatt and Flo then arrive. Liam brings out Phoebe so Flo can see her. Flo is visibly nervous. Steffy mentions how Phoebe has a great life now and that Flo has the family that she’s always wanted. Flo can’t fight back her tears any longer.

Hope arrives at Forrester Creations. Thomas designed a dress for her and wants her to try it on. Hope thinks it’s perfect. Thomas then mentions how beautiful it looks on her and talks about all of the sacrifices she’s made in the last several weeks. Thomas then kisses her, but Hope is taken aback. Hope then senses that Thomas is hiding something and asks him to be honest.

We have a very eventful week heading our way, so make sure to stay tuned to CBS “The Bold and the Beautiful.” Don’t forget to check often with Soap Opera Spy for all your latest spoilers, news, updates, and much more!