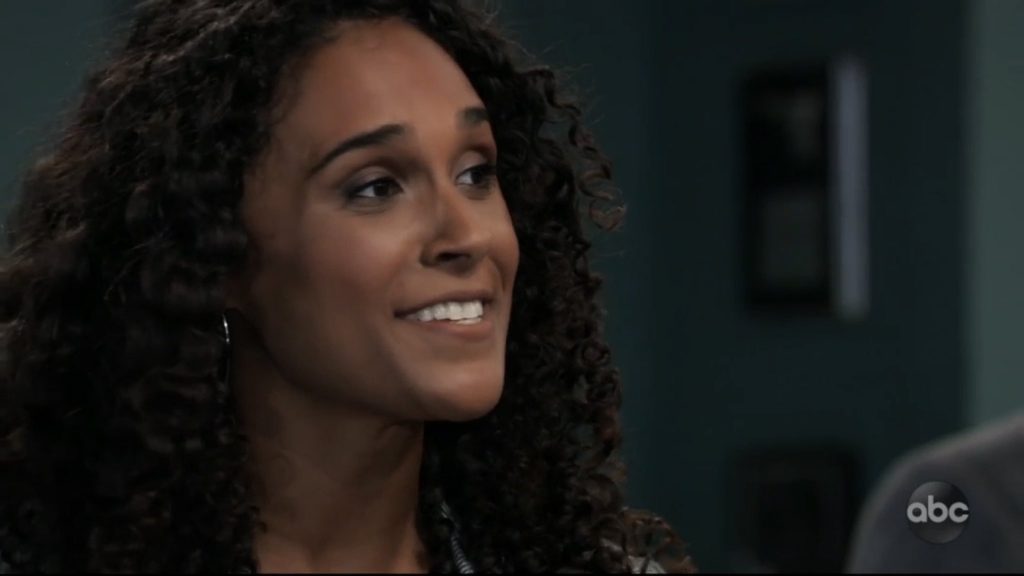 Curtis’ private investigation company partner, Sam McCall (Kelly Monaco) is under arrest, but Jordan can hardly comfort him over that, since she’s the one who arrested her! The only thing that makes sense for Curtis to need comforting over would be if Drew’s body was finally found and positively identified.

This makes sense since other spoilers for the day after say Robert Scorpio (Tristan Rogers) gets some sad news, and that is likely to be about the fate of Drew. General Hospital hasn’t hinted that Stella Henry (Vernee Watson) would be killed off, and the actress said she would return after finishing another project. The only thing that makes sense is the remains of Drew being found.

GH Spoilers – The Wreckage Was Found In The Gulf Of Aden

General Hospital viewers will recall that the wreckage of Drew’s plane was found in the Gulf Of Aden several weeks ago, and Detective Harrison Chase (Josh Swickard) had verified that the rescue effort had turned into a recovery effort, meaning that the searchers did not expect to find anyone still alive. Other General Hospital spoilers say that Monica Quartermaine (Leslie Charleson) will visit Franco Baldwin (Roger Howarth) in Shadybrook, and that may be out of grief, wanting to talk to what is left of Drew’s memories in Franco’s brain.

Viewers will also recall that Curtis and Drew had become good friends, and had done some investigations together in the past, with one humorously memorable scene having Drew teasing Curtis about being a wuss when he didn’t want to dumpster dive looking for some evidence! It turns out big bad Curtis is deathly afraid of small furry things that squeak and are frequently found in alleys, dumpsters, and sometimes in peoples’ houses and definitely in barns and stables!

GH Spoilers – Did Drew Cain’s Plane Explode And Burn In the Water?

It would be assumed that a plane crashing into an ocean would not catch fire, but if there was either sabotage to the engines or a bomb on board, it could have exploded and caught fire, and if people aboard the plane caught fire as well, then identifying remains other than by dental records would be difficult.

With Peter August (Wes Ramsey) having set it up, there’s even a possibility that Drew could have been kidnapped and taken hostage and whatever might be found is not really Drew; the DVX is capable of infiltrating many different organizations, including the WSB; it’s been done in the past! They could easily fake paperwork! Robert himself was presumed dead for many years! It is possible that unless positive identification was done through his Navy Seal records, that Drew could still be alive somewhere, but Curtis and everyone else will have to assume he’s dead until proven otherwise!