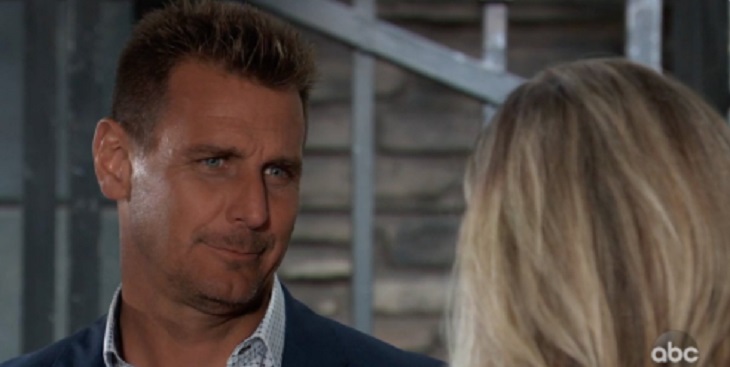 General Hospital spoilers indicate that while Sonny Corinthos (Maurice Benard) and Jasper Jacks (Ingo Rademacher) have long been enemies, there will soon be something that will bring the two men together: their determination to help young Josslyn Jacks (Eden McCoy) while she tries to navigate her life after the death of her boyfriend, Oscar Nero (Garren Stint). However, it won’t be easy for Sonny and Jax to get along, let alone be in the same room together. Here’s why.

Eden who plays Josslyn on the hit show, put it this way to Soaps in Depth: “Daddy’s home and he’s a safe place for Josslyn. She needs Jax but Sonny is Uncle Sonny. He’s not blood, but he’s the closest thing to it. It’s a completely different dynamic between Sonny and Joss. They both love Carly and Sonny is always there for her.”

And while it’s great to see that Jax is now back at home for his daughter, let’s not forget that Sonny and Josslyn have developed quite a bond in his absence. Having a father nearby is great, but having a supportive stepfather in Josslyn’s case is even better.

Eden adds, “She needs Jax, but Sonny is Uncle Sonny. He’s not blood, but he is the closest thing to it. Jax can’t like that she’s gotten closer to Sonny.”

Of course, there’s also the fact that Jax is just as jealous of Sonny as Sonny is jealous of the handsome Australian native. After all, before Sonny came along, Jax and Carly Corinthos (Laura Wright) were one very hot pair! While Jax doesn’t like the fact that Sonny has gotten very close to his daughter, Sonny probably doesn’t like it that his wife’s former lover is back in town.

Actor Ingo Rademacher explains it like this, “It must be like nails on a chalkboard for him. When Jax was away, it was explained that he talked to his daughter on the phone all the time, she came to visit him in Australia. We have established all those things. Now, Jax and Sonny are forced to get along because his wife and I share a daughter whom he has helped raised.”

Days of Our Lives Spoilers: Brady Corners Xander, Demands The Truth Or Else!