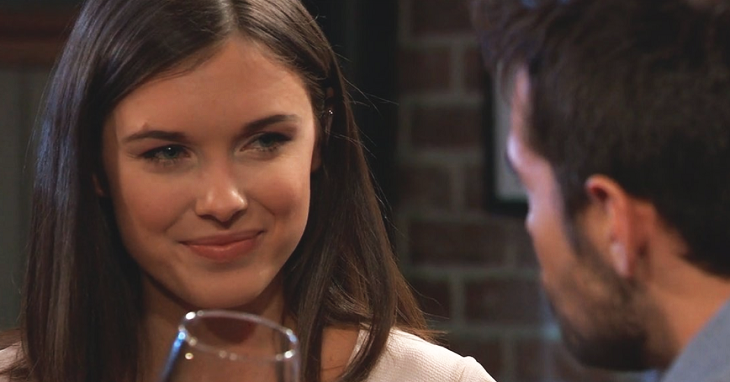 As a matter of fact, things are about to heat up in more ways than one as Kristina Davis (Lexi Ainsworth) is about to be initiated in the super controversial cult led by Shiloh Archer (Coby Ryan McLaughlin), Dawn of Day. Here’s what you need to know.

If there is one person who knows just what Shiloh is capable of doing, it’s Willow. She told Michael Corinthos (Chad Duell) and Harrison Chase (Josh Swickard) everything they needed to know about Shiloh and what Kristina can expect the moment she is initiated into his cult.

Harmony was there as well and as she was left pretty surprised by the fact that they’ve found the person that she’s been looking for.

It was also revealed this week that Willow’s actual name is Callie Miller. Harmony was surprised that she was living and working in Port Charles. Unfortunately, that’s not the only thing that Harmony has to worry about as she’s going to see some trouble for herself in the coming week, too.

A lot of fans can’t help but wonder if there’s a connection between Harmony and Willow, seeing how they might have known each other years ago. Could she have possibly been a former member of Dawn of Day as well? That’s what fans want to know. There’s even some speculation that Harmony might be Willow’s mother.

If Harmony is in fact Willow’s adoptive mother, that could mean one of several things. There’s a chance that Nina Reeve’s (Michelle Stafford) necklace could show up. Some believe that Shiloh might have that necklace. It will now be up to Harmony for the big reveal.

As far as the true identity of Willow’s father is concerned, there’s speculation that it might be Neil. One possibility is that Neil might have been the first person to try to get out of the cult and that Harmony was more hesitant in doing so. Of course, fans will have to tune in to find out what will happen next!

Bold And The Beautiful News: Ashley Jones’ New Movie Airing In May