General Hospital Spoilers: Is It Too Late To Rescue Kristina? 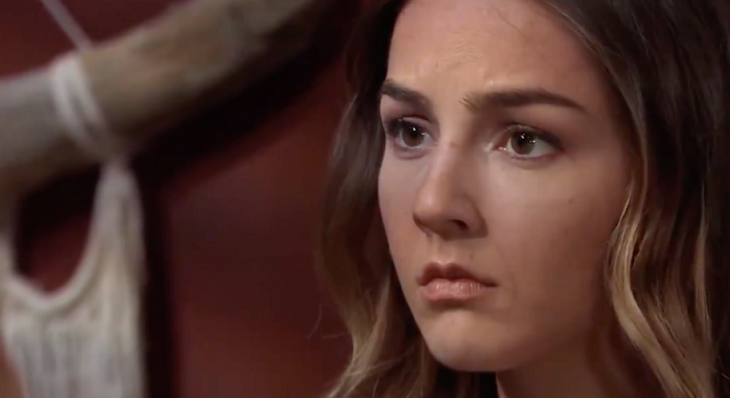 General Hospital spoilers tease that Shiloh Archer (Coby Ryan McLaughlin) will start pushing his limits, possibly intensifying the “pushing of the envelope” this week on General Hospital. Will he be pushing the envelope in regards to something concerning Kristina Corinthos-Davis’ (Lexi Ainsworth) advancement into the inner circle at Dawn of Day?

Will Kristina accept these demands without question and submit to Shiloh? Is it too late to rescue her, because she won’t come to her senses and leave the cult on her own?

From everything that GH viewers have learned about Shiloh so far, the real man behind the public mask is anything but kind and altruistic. That is just the front he portrays with both himself and the outer shell of the Dawn of Day group.

He presents a message of love and peace with others and self that seems to be very attractive outwardly. But once a person progresses past the sugar coated outside, they encounter a very bitter center. Willow Tait (Katelyn MacMullen) appears to be living proof of this, considering she was ready to pull up stakes, resign her job, and leave Port Charles for fear of Shiloh!

But now that Sonny Corinthos (Maurice Benard) is in the loop, thanks to Jason Morgan (Steve Burton), Shiloh’s getting closer and closer to being exposed for what he is, as well as the organization.

Once Willow tells everything that happened to her, there could be more people after Shiloh than there were after Ryan Chamberlain (Jon Lindstrom). If DA Margaux Dawson (Elizabeth Hendrickson) has not been brainwashed by Shiloh too by this time.

#GH #GeneralHospital Spoilers: Sonny And Alexis Work Together, Scheme To Get Kristina Out Of Cult @celebratesoaps https://t.co/foX5S1P6qD

General Hospital viewers will recall that a few weeks ago, Margaux had a Dawn of Day book in her purse! Stay tuned to GH and keep checking General Hospital spoilers regularly for the latest news, updates, and spoilers!

Young And The Restless Last Week In Review: Coven In Grave Danger – Devon Continues To Meddle In Ana’s Life