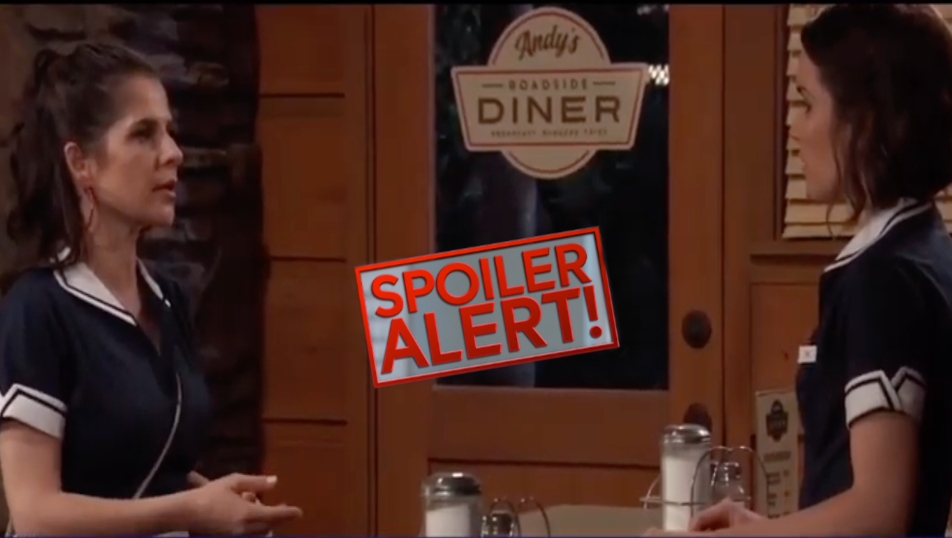 Trina Robinson (Sidney Mikayla) takes up for her friend Josslyn Jacks (Eden McCoy) and asks the newcomer to Port Charles’ teen scene Dev (Ashton Arbab) what he did to make Joss so mad! Dev is acting like a nosy little brother and sticking his nose into everything Josslyn does and Joss acts like she doesn’t want to accept him because he is in the US illegally; General Hospital viewers think her late boyfriend Oscar Nero Quartermaine (Garren Lake Stitt) perhaps should show up as a ghost and tell Joss that’s not very nice!

Harmony Miller (Inga Cadranel) gets an unexpected visit at Pentonville Prison when Jason Morgan (Steve Burton) shows up; he tells her the least she can do for her daughter is tell her the truth about how her father REALLY died; Willow Tait (Katelyn MacMullen) was led to believe that her father Douglas Miller (uncast character) committed suicide and she’d been blaming herself for it all this time!

Meanwhile, back in Port Charles, Zahra Amir (Maysoon Zayid) is having drinks with her client Shiloh and she needs a little clarification on what his goal is: to reclaim his son, or does he really want to reclaim his son’s mother! He must have been ranting again about how Willow left without telling him about the baby!

Meanwhile, in Beecher’s Corners, Sam McCall (Kelly Monaco) has shown up at Andy’s Roadside Diner complete with matching waitress uniform to that of Carol Lockhart (Mandy Musgrave). She tells Carol she’s just there to help her out, but what she really means is she’s there in Jason’s place to help her out of Beecher’s Corners and to Port Charles so she can make a sworn statement to Port Charles Police about her part in taking the fall for Shiloh and supplying the drugs for the staged suicide of Douglas Miller, which of course was really a murder; police just need some proof to take Shiloh in, and Carol’s it!

GH Spoilers Sonny Corinthos Has A Job For Brick

Back in Port Charles, Sonny Corinthos (Maurice Benard) has a job for Brick (Stephen A. Smith). It could either be protection for Dev, or perhaps Mike Corbin’s (Max Gail) cousin who is pretending to be Dev’s grandmother, or it could be something to do with protecting Wiley Cooper-Jones (Eric and Theodore) as well. Regardless of which situation, Brick’s on it!

At GH, Kristina Corinthos-Davis (Lexi Ainsworth) shows up at Dr. Neil Byrne’s (Joe Flanigan) office where her mother Alexis Davis (Nancy Lee Grahn) just got booted from when she got too nosy about Neil’s personal life, and in particular his late daughter. Kristina tells Neil she wants family counseling with Alexis included right now, or she may never again have the courage to tell her mom what she put in her pledge that she gave Shiloh!