General Hospital Spoilers: Nina And Lulu Under Pressure, Charlotte Back To Her Evil Bullying 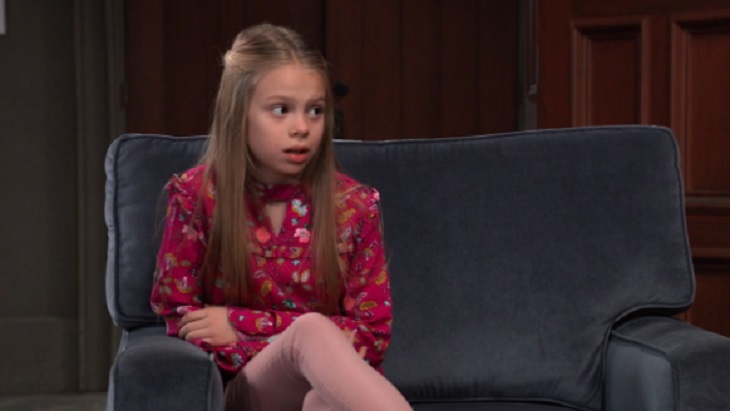 This has to be about Charlotte Cassadine, (Scarlett Fernandez) and since Liz Webber (Rebecca Herbst) was not called, then there must be more problems with Charlotte’s behavior that don’t involve bullying Aiden (Jason David). It is interesting that Charlotte’s papa Valentin Cassadine (James Patrick Stuart) apparently isn’t included.

Other General Hospital spoilers tease that Nina will receive a veiled threat; could it be from Lulu, warning of a sole custody suit if she doesn’t quit interfering with Charlotte’s child-rearing?

General Hospital Spoilers – Who Is To Blame For Charlotte’s Bullying?

Considering Valentin and Nina are back together, and Nina is living in the home, Lulu and Valentin could be at odds again over Charlotte’s custody, but then on the other hand, Lulu does have a valid point: Nina is not Charlotte’s mother and should have no decision making power in how Charlotte is raised! 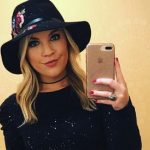 At best, she should have only as much authority as a nanny would, enforcing the child’s parent’s rules and reporting back to the parents! Yet, Nina is acting like Charlotte is her own child and raising her the way she wants!

Nina doesn’t agree with either Willow’s or Lulu’s idea of child-rearing for Charlotte. Nina views both women as old-fashioned and keeping Charlotte as a subservient little girl bowing down to the wishes of the men in her life!

This could ultimately cause a clash between her and Valentin, even though he tends to spoil Charlotte as well, but in different ways! Valentin, having grown up in orphanages and being cut off from any family, of course would want to raise Charlotte very differently than possibly either Nina or Lulu would; although he’s more compatible with Lulu’s methods. Nina, on the other hand grew up as a spoiled rich girl, and that is exactly how she’s raising Charlotte, even though she has really no right to impose her child-rearing views!

Brandon Barash And Harper Rose Are Too Cute For Words In New Pic https://t.co/qsJmGQpD3X pic.twitter.com/BOLyHxqpEP

Could the clash between Lulu and Nina over Charlotte and how she’s being raised cause another split between Valentin and Nina, even before the truth comes out about Sasha Gilmore (Sofia Mattsson)? Stay tuned to GH and keep up with General Hospital spoilers to see the twists and turns in this story!

Bold and the Beautiful Spoilers: Bill And Katie Reconnect While Liam And Hope Start To Crumble