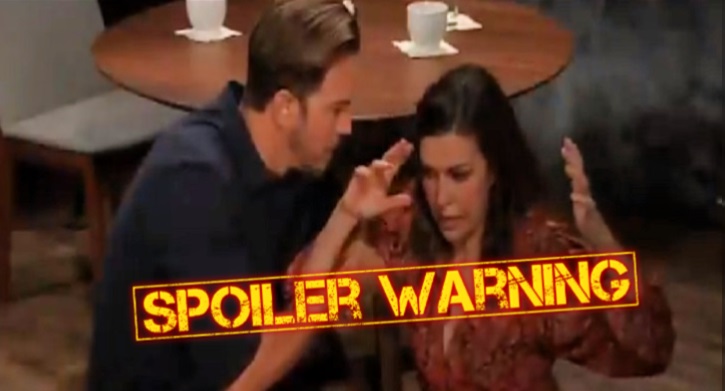 “General Hospital” spoilers for Friday, January 11, tease that Liesl Obrecht (Kathleen Gati) will have a little fun. GH fans know Liesl loves to have the upper hand, so she’ll take full advantage of her power over Valentin Cassadine (James Patrick Stuart). She’ll really milk this fake daughter secret for all its worth!

Liesl will taunt Valentin by suggesting that Nina Reeves (Michelle Stafford) needs to know what they’re keeping from her. She’ll wonder if Valentin wants to spill or if she should do the honors. Valentin will be on edge as Nina grows curious, but Liesl will undoubtedly admit something harmless. She wouldn’t give up her leverage without a good reason, so the secret will remain in play. 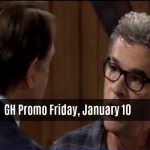 Over with Sonny Corinthos (Maurice Benard), he’ll reach out to Drew Cain (Billy Miller) and let him know there’s help. If Drew needs anything at all, Sonny will promise to do it for him. He’ll understand that things are rough now that Oscar Nero (Garren Stitt) is officially a terminal patient. Sonny will do this as both a favor to Josslyn Jacks (Eden McCoy) and a show of support for Drew.

Meanwhile, Ryan Chamberlain (Jon Lindstrom) will meet somebody down by the docks. He’ll announce that they shouldn’t work together anymore, so maybe he’ll be speaking with Franco Baldwin (Roger Howarth). We know Franco will end up at that location on Friday. Ryan may think it’s too risky and annoying to keep up their therapy sessions.

Regardless, Franco will definitely have a shocking encounter with Ava Jerome (Maura West). It turns out Ava will come up with some sort of trap, but she won’t catch her desired prey. Franco will get caught in it by mistake, so he’ll demand to know what’s going on. It looks like Ava may end up pointing a gun on Franco before she realizes her mistake. She might’ve been hoping to catch the murderer.

General Hospital Spoilers: Mac’s Mistake – Has He Made Himself Ryan’s Next Target? https://t.co/u6Wt0vFlXa pic.twitter.com/H6XAy1yOAU

Other “General Hospital” spoilers say Dr. Hamilton Finn (Michael Easton) will provoke Dr. Griffin Munro’s (Matt Cohen) wrath. They’ll clash at GH, but they’ll have to come together soon enough. Their services will be needed for a patient that’s incredibly important to both of them.

Anna Devane (Finola Hughes) was having a nice chat with Peter August (Wes Ramsey) when some dizziness struck. It wasn’t long until she was falling to the ground. On Friday, Anna will blurt out that she can’t see anything. She’s suddenly gone blind, so her mystery ailment will leave Finn and Griffin perplexed eventually.