General Hospital Spoilers: Can Liz Save Her Marriage? 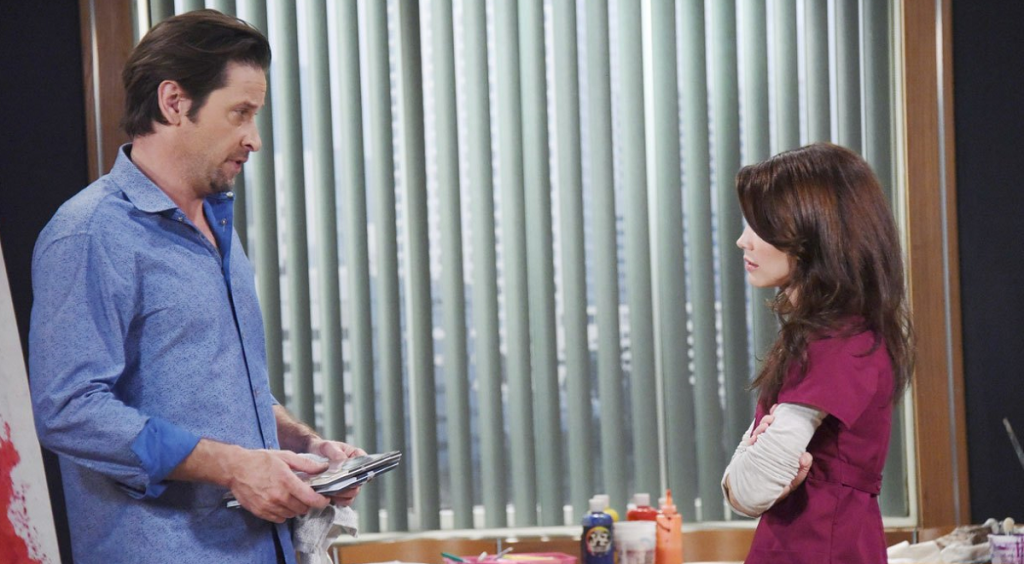 General Hospital (GH) spoilers tease that Elizabeth Baldwin (Rebecca Herbst) will do what it takes to save her marriage. It will be a tough situation, as her husband thinks he is Drew Cain (Billy Miller) and in love with Kim Nero (Tamara Braun).

During the week of September 23, Franco will inform Liz of his plans to leave Port Charles with Kim and start a new life together. This will be tough for Liz to process. She will need to rush to figure out a way to retrieve Franco’s memories so she doesn’t lose her husband forever. Here’s what you need to know about what’s coming up on GH.

Liz has done her best not to lose her cool when dealing with Kim and Franco. GH spoilers state that she will blow a gasket when she discovers that Kim and Franco hit the sheets.

General Hospital Spoilers: Shiloh On The Loose — Will Chase Find Him Before He Kills Someone? https://t.co/tvfJGeCVc8 pic.twitter.com/wDOfoaSQMF

Liz isn’t sure what to do to help reach her husband, so she calls in Scotty Baldwin (Kin Shriner) to help. GH spoilers state that Scotty cannot believe how confused his son is and he works to jog his memories and help him snap out of this Drew fog.

General Hospital spoilers tease that the first thing he does is work with Liz to keep Franco in Port Charles. The last thing they want is for him to be taking off to run away with Kim.

“If we can get him to stay in Port Charles, they have a chance to get him and his memories to come back,” Shriner shared.

The biggest fear for both Scotty and Liz is that Franco’s gone forever and they will never be able to recover his memories. And, they are working against Kim, who is hoping that Franco is gone, and she can have Drew back in her life for good.

The question is, can Liz save her marriage or is Franco gone for good? Don’t forget to come back later for more General Hospital (GH) spoilers, news, and casting updates!