General Hospital Spoilers: Cameron Has Some Competition – Will He Lose Josslyn To Dev? 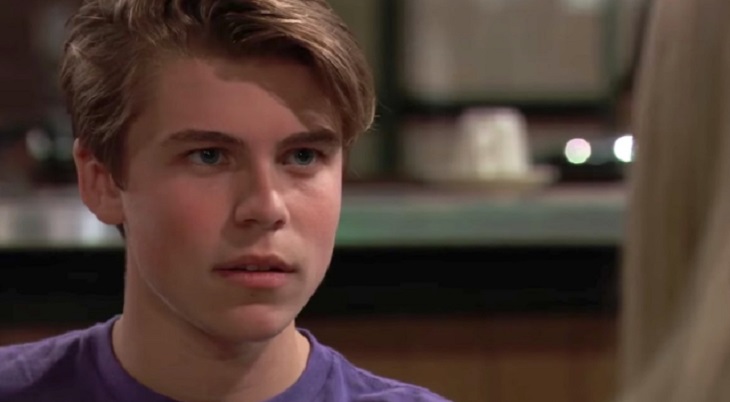 Undoubtedly he felt awkward being forced to ask her right in front of a nosy Dev (Ashton Arbab) as well, and maybe he will do things to make Cameron feel even more awkward and Joss even madder at him, because in General Hospital previews Trina Robinson (Sydney Mikayla) is a little perturbed with Dev as well, asking him what he did to make Joss so mad!

Cameron may also feel awkward asking Joss because it seems like a date, and she’s still grieving for her late boyfriend, Oscar Nero Quartermaine (Garren Lake Stitt). Cameron’s been harboring secret romantic feelings for Josslyn for a long long time, and maybe he’s afraid they are showing through, even though he has been doing his best to keep them inside out of respect for Oscar and also respecting Josslyn’s grieving process.

However, Dev knows nothing about Oscar or what happened before he got there, and may be egging Cameron on about having a crush on Joss and embarrassing Cameron, and Joss, who cares about Cam as a longtime friend, would get mad at Dev for something like that happening!

Maybe Cameron is feeling self-conscious around Joss because of his secret feelings and so asking her to go to the celebration with him may be a little awkward so soon after Oscar’s death. The fact that this is a celebration of a wedding may make it even worse, if Cameron’s feelings are really serious and intense!

There haven’t been any spoilers about Liz throwing a bouquet, but if she does and Cam catches it that could be very embarrassing; however, he needs to get to know the rest of his step-family and if this happens and maybe hangout with stepgrandpa Scotty Baldwin (Kin Shriner) for a while; he caught one too when his wife married Luke Spencer (Anthony Geary) years ago! Misery does love company, after all!

Bold and the Beautiful Spoilers: Thomas Sinks To An All New Low – Can Hope Be Saved From His Evil Plan?