Bold and the Beautiful Spoilers: Thomas Sinks To An All New Low – Can Hope Be Saved From His Evil Plan? 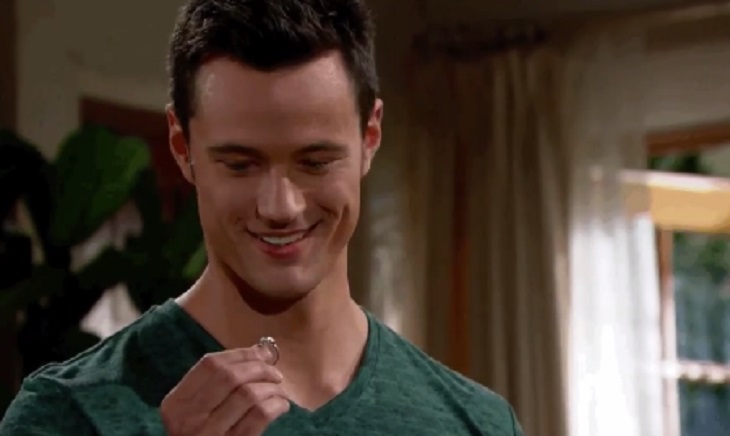 The Bold and the Beautiful (B&B) spoilers tease that Thomas Forrester (Matthew Atkinson) will sink to an all new low and he will grab ahold of Hope even more during the week of July 8. For whatever reason, Thomas believes that he is doing what’s best for everyone. He knows that the right thing to do is to reveal the truth, but he’s worried about the fall out.

Now, not only is he keeping the secret that Hope Logan’s (Annika Noelle) baby is alive, but he may have had a hand in running Emma Barber (Noa Sioux) off the road which led to her supposed death. As the week kicks off, we’ll see Thomas sink to an all new low. Here’s what you need to know about the week ahead on B&B.

One admirable quality that Thomas embodies is his persistence. The only thing is he is persistent about wooing Hope and making her his wife, even if that means he has to deceive and lie to her.

The Bold and the Beautiful spoilers suggest that he is more determined than ever to keep Hope’s baby being alive buried. He’s working tirelessly to make sure that no one ever finds out the truth.

Thomas has convinced himself that what he is doing is in the best interest of everyone. He thinks that telling the secret would do more harm than good. He knows the secret would stun Hope and it would send Steffy Forrester (Jacqueline) in a tailspin. And, that’s the last thing that he wants to do.

Atkinson said that his alter ego is a character that thinks about every possible scenario 40 different ways so he isn’t surprised by what could happen. He knows that no matter what happens someone he loves will be devastated by a tragedy.

While Thomas knows that the consequences of his actions will eventually find him, he will continue to manipulate Hope to convince her that a life with him is in her best interest. Sometime this week, Hope will make his dreams comes true by agreeing to be his wife and mother of his son.

As you can see we have a very eventful week heading our way, so make sure to stay tuned to CBS The Bold and the Beautiful. Don’t forget to check often with Soap Opera Spy for all your latest spoilers, news, updates, and much more!

General Hospital Spoilers: Cameron Has Some Competition – Will He Lose Josslyn To Dev?