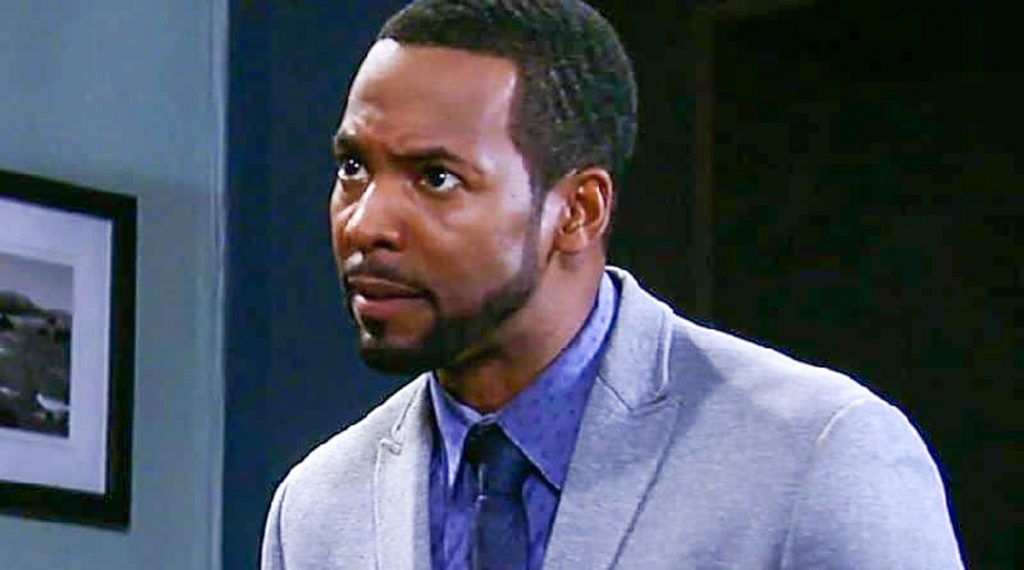 General Hospital spoilers tease that Anthony Montgomery will return as Dr. Andre Maddox on Monday, November 25th. This will be likely in conjunction with “Andrew Cain’s” decision to give Franco Baldwin (Roger Howarth) his life back in November 18th’s episode.

As Cabot did not agree to performing the procedure on a teenager and he and Shiloh were arguing, Franco made it to the warehouse space, which had been converted to a makeshift lab, and talked Shiloh into letting him take Cameron’s place, resulting in “Frankendrew” – pre-2012 Drew’s memories in Franco’s brain.

Andre had been the one who originally transferred Jason Morgan’s (Steve Burton) memories into Drew’s brain but had removed Drew’s memories, creating the flash drive. Drew himself never chose to try the procedure because he didn’t want to lose newer memories. However, Franco’s memories were never removed in the manner that Drew’s were, so it may be that Drew’s memories only overlay Franco’s.

However there will be a risk to this procedure, Franco could either awaken with a blank brain, therefore being a vegetable, he could get his own memories and mind back, he could keep both Drew’s memories and regain his own, or he could retain only Drew’s and they become even stronger and more intense. It’s a gamble but a risk his Drew persona has decided to take to try to save Franco, who he remembers as “Bobby”.

Franco will pay Dr. Monica Quartermaine (Leslie Charleson) a visit on Monday, November 25, the same day Andre is to appear, so it will likely be a combination of “Drew” saying goodbye to Monica and a consultation to set up the procedure with Andre. Andre very likely will have to get permission from Monica to perform the procedure at General Hospital, since it is experimental.

Monica, however will probably be torn, since Drew’s memories in Franco will be all she has left of Drew Cain. However, she will eventually give in, since “Drew” will tell her it is his decision to undergo the risky memory mapping procedure.

The Young and the Restless Spoilers: Adam Attempting To Be A Better Man For Connor – Family Future At Stake

Days of Our Lives Spoilers: Showdown Ahead For Gabi And Chad