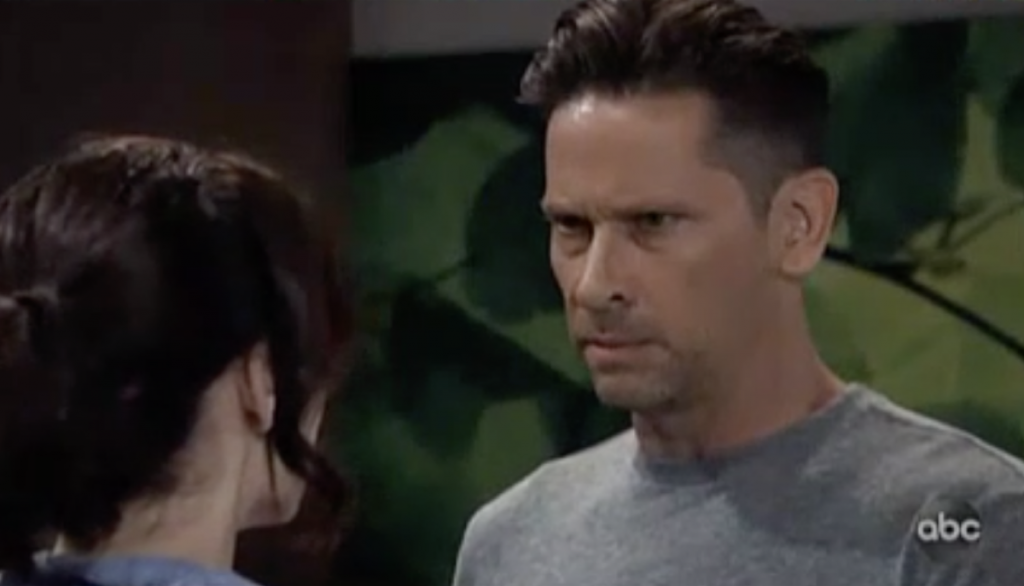 Welcome to your Wednesday August 14th General Hospital (GH) recap! We begin our day at Sam McCall’s (Kelly Monaco) penthouse where her and Jason Morgan (Steve Burton) are returning from their softball game. Jason basically says he was going to let ELQ win because Michael is dealing with Sasha being ill.

At the Port Charles park where they are playing softball, Liesl Obrecht (Kathleen Gati) is yelling at Peter August (Wes Ramsey) that he almost hit her with the ball. He says they need to get ready to face the Aurora team.

At General Hospital (GH) Jasper Jax (Ingo Rademacher) runs into Hayden Barness (Rebecca Budig) who says Windemere should be open for her to search it.

At Charlie’s Pub, Lucas Jones (Ryan Carnes) sees the for sale sign and goes into see his dad Julian Jerome (William DeVry) and Kim Nero (Tamara Braun). He tells Lucas that him and Kim have decided to move to New York City. Julian says moving came as a surprise, but he’s ready to do it and move on. Kim says she’s sorry to take him away from his children and grandchildren. 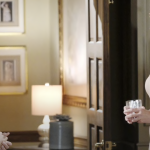 Lucas tells Kim that she has made Julian a better man and hes grateful for it. Kim leaves and Julian and Lucas reconnect, they embrace in a big hug.

At General Hospital (GH) Franco Baldwin (Roger Howarth) looks at a mirror and realizes his face is not his original face. Elizabeth Webber (Rebecca Herbst) explains to him who she is and that they are married.

Elizabeth shows him pictures from their wedding and their three boys. Franco still does not believe them and he gets dressed to leave GH. Elizabeth begs him to stay while he insists this mind transfer procedure makes no sense. Drew mentions Hank aka Shiloh Archer, a name which he recognizes. Elizabeth screams as Franco walks out of the hospital

At the park, peter August (Wes Ramsey) says Jax is playing later and he has quite the softball arm. Peter says the Invader team is going to kick the Aurora team all over the field. Lulu Falconeri (Emme Rylan) shows up and is ready to play on the Invader team.

Hayden replaces her spot in the team with Dustin, who happens to be Lulu’s faux date from a few weeks earlier.

At General Hospital (GH), Jax says this may not be the best time for them to be investigating Valentin Cassadine (James Patrick Stuart) and Nina Reeves (Cynthia Watros) at Wyndemere since Sasha is sick. Hayden says she has a boat guy that can sneak her out their undetected. Hayden arrives at Wyndemere and breaks into the front door.

At the penthouse, Jason and Sam joke about the softball game and she should reward him. They kiss and he begins to carry her up the stairs, when Robert Scorpio (Tristan Rogers) knocks on the door. He says he has some good news and some bad news for them.

Robert says that Shiloh is going to get charges for attacking Sam and the others. Robert tells them what happened to Cameron and Franco with Dr Cabbott.

The softball team goes to the Floating Rib and Liesl is flirting with Jax. Hayden is digging through Valentin’s office at Wyndemere, when suddenly Liesl appears and catches her red handed.

Franco walks to the elevator and sees Kim. He approaches her and begins flirting, but she does not know about the memory transfer. He reminds her of a dance they went to (he thinks hes Drew) and suddenly kisses her, as Elizabeth and Drew walk up…………flash to preview