Welcome to your Monday July 29th General Hospital (GH) recap! We begin our day at the Metro Court restaurant where Franco Baldwin (Roger Howarth) and Drew Cain (Billy Miller) are catching up over lunch. Franco tells him about the strange thing the psychic said.

Outside in the park, Ava Jerome (Maura West) is talking to her new psychic friend Chelsea (Jen Ray). Chelsea says that the interview was honest and some people will like her and some won’t. Ava says she’s just hoping for Kiki’s forgiveness.

At Charlie’s Pub, Willow Tait (Katelyn McMullen) goes to see Julian Jerome (William Devry) and realizes he’s not at Wiley’s birthday party. Willow says shes the reason he’s not at the party and she would like to change that. 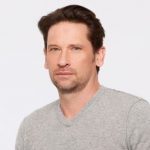 At General Hospital (GH), Shiloh Archer (Coby Ryan McLaughlin) approaches Epiphany (Sonya Eddy) asking for his medical records. She says he will need to fill out a form like everyone else. Bobby Spencer (Jaclyn Zeman) tells Epiphany that she is on her way to the Metro Court for Wiley’s party and Shiloh overhears.

Shiloh Archer asks for his paperwork and Epiphany tells him that GH is not a fast food counter.

Nelle Benson (Chloe Lanier) tells Michael Corinthos (Chad Duell) she knows something he does not about what really happened to their son Jonah. Nelle recounts when she gave birth to Jonah in the woods she was in complete despair. His phone beeps and Nelle gets angry when she sees the photo of Sasha holding Wiley.

Nelle says she had a dream and needs to tell him about it. There were angels holding Jonah and Michael gets mad and leaves quickly. Nelle says to herself she is not done with Michael or the baby.

At Charlie’s Pub, Willow tells Julian that he has made changes and she wants him to be a part of Wiley’s life. They decide to go to the Metro Court together for the birthday party.

Franco tells Drew about the be careful with the “drive” comment that the psychic made. He thinks it’s referring to Oscar’s car that he gave to Cameron. A woman comes up to the table and brings Drew a package from the Navy.

Drew opens the package with Franco and it’s his various awards that he won while in the military.

Ava mentions that the park was a place that Kiki spent a lot of time jogging, it was special to her. The psychic brings up the fire and her tampering with Morgan’s drugs.

The psychic sees AJ, Connie, and Helena Cassadine in a vision, but Ava insists she only wants to talk to Kiki. Suddenly the psychic sees a dead baby boy and asks if Ava knows anything about it?

Bobbie arrives at the Metro Court and spends time cuddling with Wiley. She finally meets Sasha Gilmore and introduces Wiley to her. Michael arrives at the party and they do happy birthday announcements. All of a sudden Shiloh crashes the party and says his invitation must have been lost in the mail.
After sparring a bit Michael grabs Shiloh and throws him in the elevator.

Nelle chats with Harmony and says she was going to reveal a big secret, but decided at the last minute not to. The psychic finally reaches Kiki and Ava calls out for an apology. At Pentonville, Ava arrives and goes to see Ryan Chamberlain (Jon Lindstrom).

Shiloh meets with a new lawyer who says there are a ton of charges against him. Shiloh steps outside and we see him talking to a mysterious person on the phone who he asks “to do a job for him.”…..flash to preview