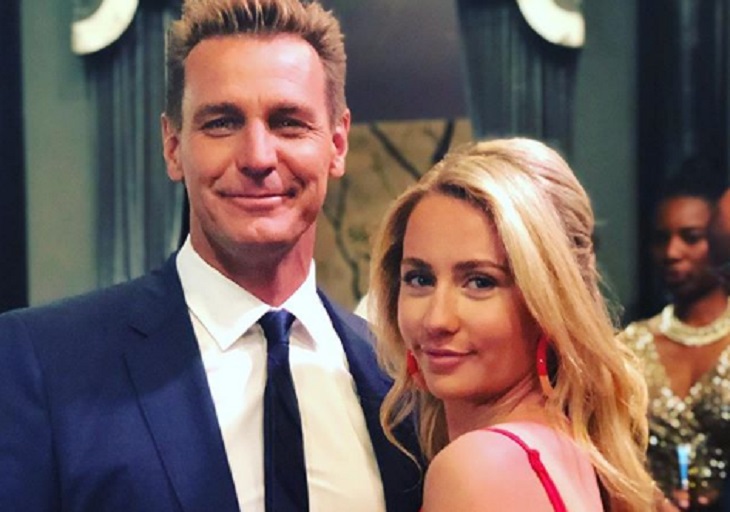 Rademacher, who recently returned to the sudser, kept his fans updated about the latest happenings in his life through his Instagram account. In one of his social media posts, he shared the news that he has finally graduated from Los Angeles County Lifeguards, which is a division of the Los Angeles County Fire Department. So when he’s not acting, he can do something that he’s always dreamed of, and that is to keep the beaches in Los Angeles safe.

He shared, “Today I graduated from @lacolifeguards academy. I have to say it was one of my proudest moments to date. To now be part of this team of dedicated lifeguards is truly an honor.”

Rademacher was born in the small village of Iserlohn-Letmathe, West Germany. He moved to New South Wales, Australia when he was 10 years old. He lived mostly near the ocean like in Hawaii and Los Angeles. This is one of the reasons why he is a perfect fit for the job. He also has a love for water sports. For those who do not know, Rademacher has been competing in the Lifeguard’s King’s Race in Honolulu for four straight years. In 2014, he nabbed the 80th spot as an SUP racer.

His participation in the Los Angeles Country Lifeguards also played a role in his return to the soap earlier this year. He needed to a reference for the background check that the organization was conducting, and he decided to write down “General Hospital” and Executive Producer Frank Valentini. Of course, he texted his former boss first before he wrote down his name.

Today I graduated from @lacolifeguards academy. I have to say it was one of my proudest moments to date. To now be part of this team of dedicated lifeguards is truly an honor. #lacountylifeguards @lacolifeguards

At first, Valentini asked how things were with Rademacher at “The Bold and the Beautiful” where he portrayed the role Thorne Forrester. “I said, ‘Well, I’m actually not doing the show anymore,’ — because it wasn’t out in the press yet,” he recalled. “And I think a month later or something like that [Frank] texted me when we were in Hawaii, and he said, ‘Do you want to come back to the show? Would you consider coming back, either for short or for long?’ And I said, ‘I’d love to come back as a permanent,’ and boom, there you go. I’m back!”

Rademacher’s other TV credits include “Hawaii Five-O,” “Dancing With The Stars,” “Titans,” and “Veronica’s Closet.”