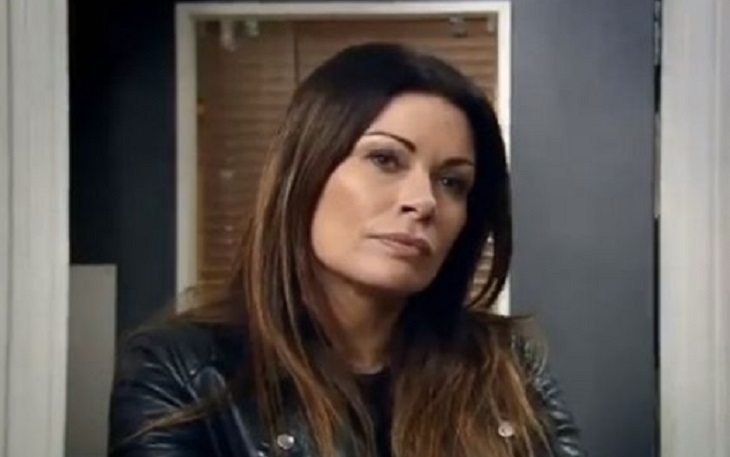 Coronation Street spoilers indicate that Carla Connor (Alison King) will end up making a decision that will shock the staff at Underworld. Peter Barlow (Chris Gascoyne) will get blown away, too. Also, Yasmeen Nazir (Shelley King) will continue to fall victim to her partner’s abuse until Alya Nazi (Sair Khan) decides to do something about it.

It begins with Maria Connor (Samia Longchambon) and her quest for love. Unfortunately, it will lead her to a very awkward situation with Nick Tilsley (Ben Price). He’s got other things on his mind, including his possible jail time and his ongoing fight between him and David Platt (Jack P Shepard). David is determined to tell the truth while Nick wants him to take the fall for the stolen money. Shona Ramsey (Julia Goluding), meanwhile, will try to talk David out of lying in court.

Elsewhere, Yasmeen is shocked to find out that her jewelry has gone missing. Geoff Metcalfe (Ian Bartholomew) supposedly had something to do with it, but he decides to blame Alya’s DJ friends for the theft. This leaves Alya absolutely mortified. She offers to pay Yasmeen back for the jewelry until she sees one of her missing bracelets in Geoff’s hands. Later on, Geoff manages to get Yasmeen to allow him to take care of her finances.

EXCLUSIVE: With two bodies now in the ground, we spoke to Mikey North about his thoughts on this darker direction for Gary and what this might mean for his future on the cobbles. #Corrie #Gary #BehindTheScenes pic.twitter.com/alLaHH4JGO

Also, Nick is trying to make his wrongs into rights with Audrey Roberts. However, he is quickly reminded that he is in breach of his bail conditions. Leanne tries to get her to come along for a birthday celebration to get her mind off of things.

Sarah Platt (Tina O’Brien) is worried when Adam Barlow (Sam Robertson) tells her that Carla is coming home. Carla has only been a way for a few short weeks at her mental health facility, but is she already in the right state of mind to be making decisions for herself?

Carla apologizes to those who she did wrong and says that she wants to move on with her life and from the roof collapse. She makes an announcement that shocks everyone at Underworld. Peter is unsure about her decision and gets rather concerned when she tries to get a power of attorney.