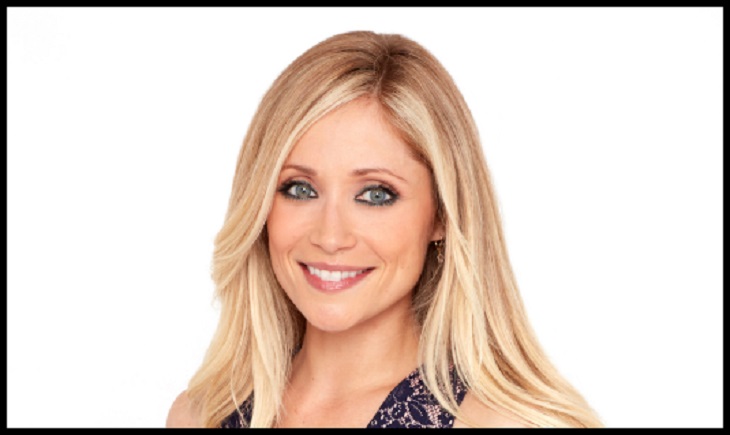 General Hospital (GH) star Emme Rylan (Lulu Falconeri) took to social media to share a very personal part of her life, in hopes someone will be able to help. She posted a heartfelt post about her sister, Lara, who has stage four cancer and needs financial assistance.

In October, Lara learned that she had stage 4 cancer. She had been experiencing pain in her back for about six months before that but thought it was just a strained muscle. She tried going to a doctor and sought alternative treatment for her pain, but nothing was working to relieve the discomfort. The pain got so bad that she was forced to stop working.

After the doctor received her MRI report, he asked she come to his office right away. She learned that she had a large mass at the base of her lower back, just above the tailbone. The MRI revealed that cancer had spread to other organs and there is no cure for the disease.

Right now, the treatment is to get control of cancer and her pain. She is undergoing chemotherapy to reduce the tumor size and reduce her pain. However, cancer treatments are very expensive and, since she isn’t working, it has been incredibly stressful to get all the necessary medicine.

Throughout the ordeal, Emme noted that her sister has been strong and brave. Sure, she’s cried but she has been more concerned about how her family is affected by her diagnosis than her own feelings. She is still determined to beat the disease and she hasn’t lost her sense of humor.

Although I share so much of my life with you there has still been a very private side. My sister Lara is battling stage 4 cancer. My family would be so grateful if you could take a look at her page. Even a dollar helps. ❤️https://t.co/mIlM6h1nIF

At first, she objected to a GoFundMe campaign as she didn’t want to ask for help. She isn’t the type to ask anyone for anything. Instead, she is usually the one giving to others. She once emptied her whole freezer and pantry when she learned someone lost their job and couldn’t afford their family.

Her family just needs enough money raised to pay for her medical expenses and her basic needs. Emme asks that if you can give, please do. She added that “even a dollar helps.”

Days of Our Lives Comings And Goings: Victoria Konefal Leaving, Will Ciara Brady Be Back?