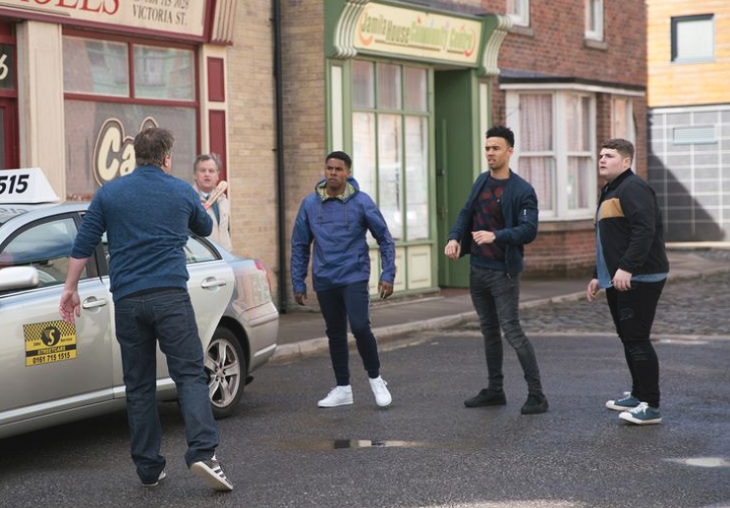 “Coronation Street” recently announced the arrival of the Bailey family to the cobbles as they are set to move into the newly revamped Number 3 this year. Corrie viewers long wait is finally over. They will finally get to meet the youngest member of the Bailey family on May 22.

However, the Weatherfield County footballer, James Bailey (Nathan Graham), won’t be getting a warm welcome. James and two of his friends will refuse to pay their cab fare.

Steve McDonald (Simon Gregson), who’s been having work problems, angrily chases them with a baseball bat. As he tries to run from Steve, James gets hit by a car. Apart from his dramatic introduction, what else can fans expect from the Baileys?

Aside from James, his parents Edison Bailey (Trevor Michael) and Aggie Bailey (Lorna Laidlaw), and his older brother Michael Bailey (Ryan Russell) will also be making their debut on the soap.

The fifth member of the clan, Diana Bailey, is set to be revealed soon. Corrie producer Iain Macleod said viewers will love the family.

“I’m really excited to introduce this family – the audience is going to love them. They’re funny, warm, and will pull together through thick and thin as we play out the stories we’ve got lined up for them.”

James will be involved in a dramatic storyline, which explores homophobia in football. “It won’t be your normal coming-out story where we see James wrestling with his sexuality. We’re quite keen that he knows who he is, but has some apprehensiveness about his teammates finding out,” MacLeod explained.

“When we meet the character he is on the cusp of bigger things football-wise and so despite the progress we’ve made as a society, homophobia on the terraces is fairly rampant.”

Bethany Platt (Lucy Fallon), who is unaware that James is gay, will develop romantic feelings for him. The pair will strike up a friendship and that means Bethany could be the one James will lean on once he reveals his sexuality to his family and friends. James’ older brother, Michael will also have a big storyline. He will find love once he arrives in the cobbles but viewers of “Coronation Street” have to wait to see who the lucky lady is.