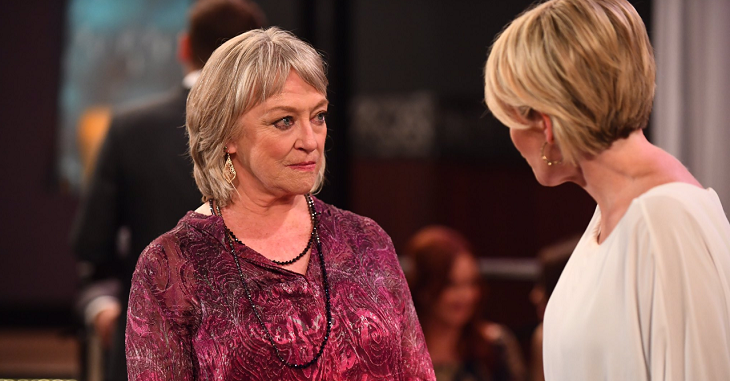 Veteran actress Veronica Cartwright, known for her role in Alien, has been cast for a mystery role on General Hospital. She will appear in a five-episode arc beginning early July, but that’s all the sudser is revealing for now.

Entertainment Weekly’s report includes a photo of Cartwright on GH set, sharing a scene with Maura West, who plays Ava Jerome. It also teases that Cartwright’s character is going to stir some trouble in Port Charles. That sounds bad news for Ava, whose world has been rocked recently after finding out that she fell in love with her daughter’s killer, Ryan Chamberlain (Jon Lindstrom).

EW says the writers of General Hospital want Veronica’s appearance to be a surprise. But speculations suggest that they could be bringing Ava’s mother, Delia, who last portrayed by Ilene Kristen. Having Delia return makes sense in causing more drama for Ava. 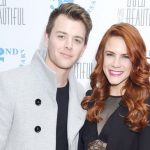 Kristen originated the character and she had been on GH whenever they need the character back from 2013 to 2015. However, she may not be available this time because she is now living in New York.

Veronica’s Other TV And Film Credits

Cartwright may be best known as Lambert in the sci-fi film Alien, but she’s been working non-stop since she began her career through The Children’s Hour in 1961. The veteran actress has appeared in numerous films and TV shows. She played Felicia Alden on The Witches of Eastwick, Margaret Flanagan on L.A. Law, and Nancy Bellicec on Invasion of the Body Snatchers.

She appeared in several guest star roles such as on ER, The X-Files, Chilling Adventures of Sabrina, Supernatural, and Criminal Minds.

She received three Primetime Emmy Awards nominations in the 1990s for guest starring on “ER” and “The X-Files.” Her recent projects include “Defrost: The Virtual Series” and “Limbo.”

In other General Hospital casting news, Elizabeth Hendrickson has recently wrapped up her stint as Margaux Dawson. She is going back to The Young and the Restless to reprise her role as Chloe Mitchell.

Days Of Our Lives Spoilers: Stefan Has A Surprising Offer For Abe– Will He Take It?