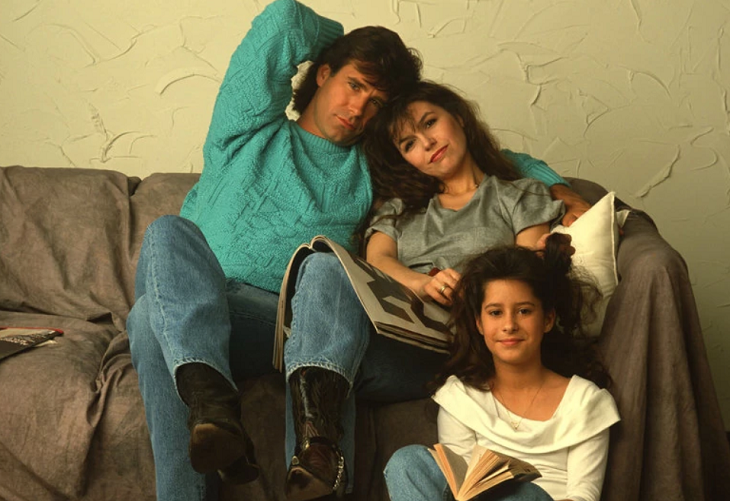 General Hospital spoilers tease that Casey Rogers, otherwise known as Casey the Alien (Bradley Lockerman) will show up out of nowhere to save the day for an unusually helpless Anna Devane (Finola Hughes) who has found herself in an unbelievable situation.

Longtime General Hospital viewers will remember when Casey showed up in 1990 from Lumina, looking for part of a crystal that somehow had gotten separated from him on earth. The crystal was a vital part of his spaceship’s propulsion system and without it, he was unable to return home from his trip. Robin Scorpio, (Kimberly McCullough) at the time a very little girl, found Casey and befriended him.

Robin had a hard time convincing her mother, Anna, and Frisco Jones (Jack Wagner) to get the WSB involved in the search for Casey’s missing crystal part, but eventually, she did. The search ended on Spoon Island, where Cesar Faison (Anders Hove) had found the crystal. What was Faison doing with it anyway? Was he trying to recreate the Ice Princess with it? That would require a diamond, not a crystal from an alien planet!

Robin had an even more difficult time convincing the WSB to get involved when she told Anna and Frisco that Casey was an alien, but eventually, she did and they were able to find and return the crystal and Casey was able to return home. Shortly thereafter, Anna, who was single and unattached at the time, came across an exact lookalike of Casey, Shep Rogers (oh, no! not another set of twins?!) and they had a brief fling before Shep left town.

Anna hasn’t gone blind again or anything of that nature, but she finds herself stranded on the road in the middle of the night in the middle of nowhere, her car apparently having had an electrical problem. No one with jumper cables has come on the road, and in addition, her cell phone has gone dead! Anna will soon find out why. A UFO has landed nearby, and who should come out of it but Casey!

He has returned to earth needing some help of his own. He’s blind, and he had to fly on autopilot. Shep, who he reveals as his twin, is also blind, and they went blind at the same time. Casey tells her Shep is waiting in his spaceship. Apparently, Lumina monitors Earth on a regular basis and they heard through the celestial grapevine that this happened to Anna and her twin also and that Anna’s boyfriend, Dr. Hamilton Finn (Michael Easton) has a cure.

But will it work on aliens, with possibly different physiology than humans? Casey assures her that although a little more advanced than earthlings on the evolution chain, Luminaliens’ physiology is exactly the same. With Casey’s communication device, she is able to contact Finn.

Soon Casey, Anna, and Shep have landed Casey’s ship on the heliport pad high atop General Hospital, where Finn gets to work on Casey and Shep immediately. Once their sight is restored, Casey flies Anna and Finn back to her car, since Finn didn’t want Anna to be alone. Then he and Shep return home to Lumina, and power is restored to her car and her cell phone and Finn and Anna return to Port Charles.