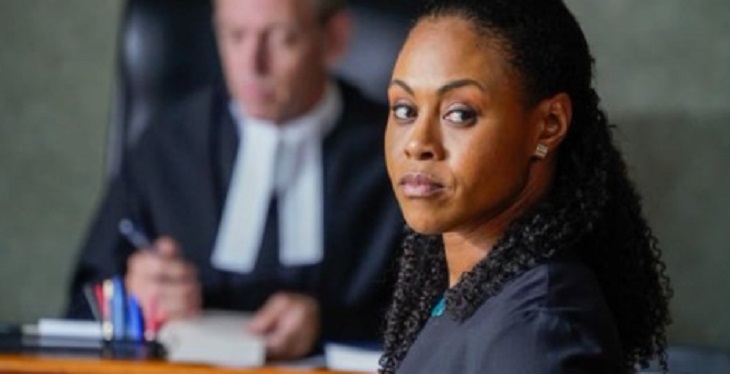 General Hospital alums Vinessa Antoine, who played Jordan Ashford and Anthony Montgomery, who played Andre Maddox called it quits recently. Several years ago, Vinessa and Anthony went public with their real-life romance. They appeared cozy at a celebrity poker event in 2017. At the time, it was revealed the couple had been dating for over a year.

The General Hospital fan base had been rooting for the couple. It’s always fun to watch actors find love on the set, even when they exit the show for other opportunities. On Friday, June 7, Antoine made the public announcement that the couple was over.

It’s Over For GH Couple Vinessa Antoine And Anthony Montgomery

“And just like that, she was single,” Vinessa wrote on Twitter. She added a broken heart emoji to let her followers know that she was really upset over the split. Everyone was quick to support her, chiming in sometimes it just isn’t meant to be.

Looking at Anthony’s Twitter feed, it doesn’t look like he’s made an announcement. The last thing he posted about Vinessa was on May 31 when he let his followers know her down Diggtown was renewed by CBC for Season 2.

“YES!!! My love @VinessaAntoine and her Diggstown family have been renewed for a 2nd season!!! Woohoo!!! Congratulations everyone!! Keep shining, Queen!!!” Anthony tweeted.

YES!!! My love @VinessaAntoine and her Diggstown family have been renewed for a 2nd season!!! Woohoo!!! Congratulations everyone!! Keep shining, Queen!!!❤️❤️❤️ https://t.co/YXq3BPCvle

Just three weeks before that, he posted that he was in love with Vinessa and he was proud of how well her career was going.

While Vinessa’s split with Anthony is shocking, she does have good news to celebrate. Her new show, Diggstown was renewed for Season 2. So, at the very least, she will have work to keep her mind busy during this difficult time.

Neither actor has said what led to their split or if there is a chance they could get back together. The GH fans have been supportive of Vinessa as she gets in a better place and prepares to move on.

Are you sad they broke up? Do you want to see them back on General Hospital? Have you seen her new show on CBC? Don’t forget to come back later for more General Hospital (GH) spoilers, news, and casting updates!