It seems as though social media fans have a lot to say about the new General Hospital montage. The hit ABC soap debuted a new opening sequence and it seems as though fans are split on whether or not they like it.

From what we can tell, the General Hospital producers are wasting no time in ushering all of the new changes that viewers can expect for the new year. The first one is the opening montage, which now features the cast’s faces flipped one after another pretty fast.

It begins with Maurice Benard, and then followed by Nancy Lee Grahn and the rest of the cast members. Unfortunately, the montage goes by so fast that it’s hard to see everyone’s faces. The General Hospital score though has remained the same.

A lot of fans took to their Twitter accounts to comment on the new opening. Some have written, “Too fast!! I couldn’t even tell if Elizabeth/Rebecca Herbst was in the new opening. I don’t hate the concept but why is it so fast?” 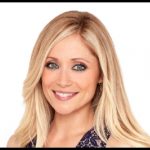 Other Twitter users wrote, “I don’t hate it either but yes, it’s way too fast. I’m still dizzy. I’m hoping there are different openings for different days,” along with, “Also, where is Becky? Roger? It’s so fast not sure …but.. I didn’t see Ned, Monica, Liz, Franco, Maxie, Lulu, Lucas, Brad, Leisl, Olivia, Felicia, Mac, Bobbie, Ephipany, Felix Aiden, Jake, Danny, Rocco, Charlotte???? But yet Peter is in the opening?”

Are You A Fan Of The General Hospital Intro?

General Hospital’s producers have not made any comments about the new montage at this point. Also, let us know what you think of the new General Hospital montage as some people don’t seem to like it at all. Are you a fan or do you think that the show’s producers should stick to the old one?

In the meantime, don’t forget that General Hospital airs weekdays on the ABC network. Check your local listings for times. And as always, come back to Soap Opera Spy for all the latest news, updates and spoilers on General Hospital and all of your favorite daytime television soaps right here!

Days of Our Lives Fans Have Something To Celebrate!

Days of Our Lives Spoilers: Hope Negotiates with Stefan DiMera – Her Obsession with Ben Weston Could Backfire