Emmerdale Spoilers: Mandy and Vinny Come Clean – Mandy Confident The Court Will Rule In Her Favor 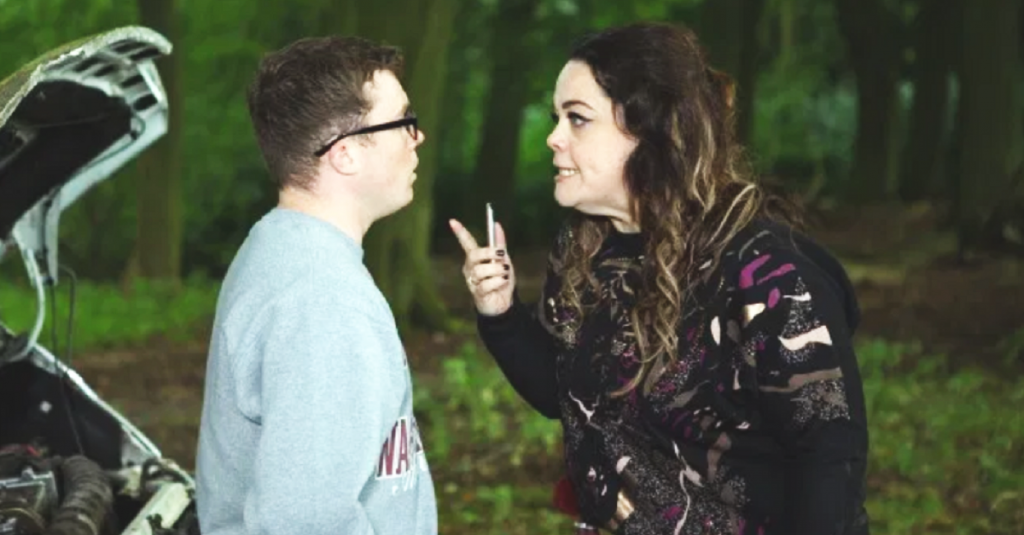 On “Emmerdale,” Mandy Dingle (Lisa Riley) and Vinny Dingle (Bradley Johnson) face Dingle court and will come clean that she and Vinny have been running a casino card counting scam in several establishments run by Terry. Of course, the truth doesn’t come out until after Mandy points out the hypocrisy given that Aaron Dingle (Danny Miller) stole from her first. The Dingle court will make its deliberations and Mandy is confident that the court will rule in her favor.

Mandy and Vinny have been involved in a lot of mess as soon as they returned on “Emmerdale.” They’ve been having money problems and they found themselves entangled with the likes of the casino boss, Terry (Rene Zagger).

Desperate to pay Terry back, the mother and son duo tried to hack Lydia Dingle’s (Karen Blick) bank account. However, they are caught in the act. Mandy tries to explain herself to no avail. Zak immediately asks for a Dingle court.

The pair doesn’t want to take part in it, and they decide to make a run for it. They take the Dingle’s van but it seems like they’ve run out of luck. The van breaks down, and they’re left to hide in the woods. They fail to flee town, and they’ll be apprehended and taken back to Dingle court at the Wishing Well Cottage.

Mandy is having none of it and immediately points out the hypocrisy of it all given what Aaron has done. But she eventually had no choice but to come clean. While Mandy feels that the court will find in their favor, her son Vinny is scared that his secret might be brought to light. What exactly is his secret?

Later on, Mandy will be left terrified when they find Terry on their doorstep. Will the Dingles help them out or will they leave them out to dry?

Apart from the casino scam, Mandy and Vinny are hiding another massive secret. Lisa Riley, the actress who plays Mandy, confirmed that Vinny isn’t her son.

Riley reprised her role 18 years after her last appearance and the teenager that her character has been passing isn’t actually his son. Viewers will be surprised once they learn the truth later this month.

In an interview with The Sun Online, Riley said, “Who is he? Even I’m yet to find that out – it’s all still to unfold. But Vinny just wants to be part of the family and although the audience finds out that he’s not Mandy’s son, the Dingles never do – Mandy makes sure of that.” As always, more detailed Spoilers and Breaking news will appear here on Soap Opera Spy!