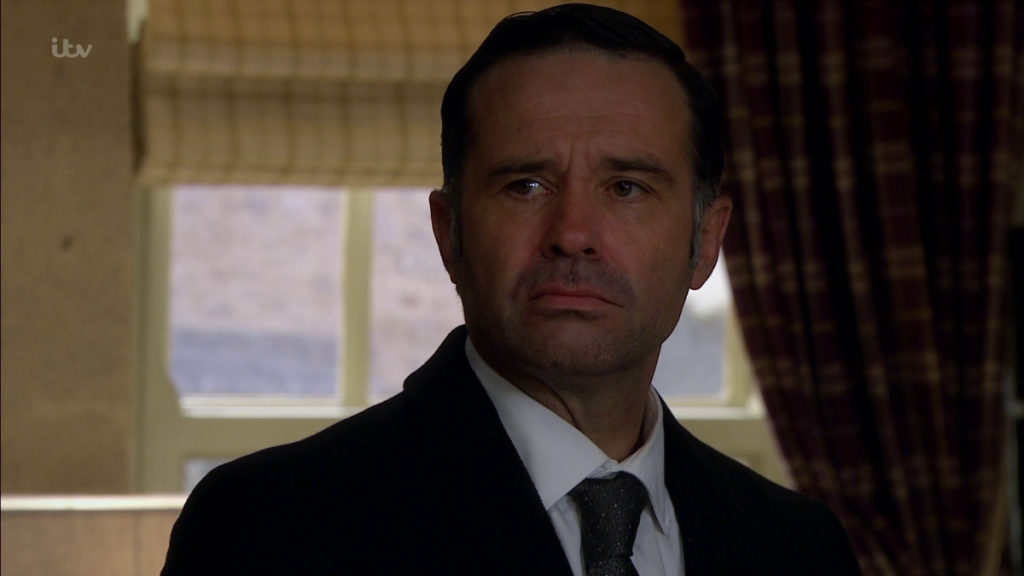 Emmerdale spoilers reveal Graham Foster (Andrew Scarborough) makes a devastating revelation. While details are still under wraps, fans are speculating it has something to do with Millie Tate’s (Willow Bell) paternity. Could he reveal the truth, which potentially might destroy Andrea Tate’s (Anna Nightingale) marriage. Or could the truth bomb be something else?

Emmerdale spoilers reveal Graham has a lot going on and doesn’t have just one dilemma, but several. Several weeks ago, he confronted Andrea over Millie’s paternity. He thought that he could be Millie’s father. Andrea denied it, but now Kim Tate (Claire King) suspects Andrea may have lied about her daughter’s biological father.

In fact, fans saw the grandmother playing hairdresser with Millie and plucked a strand of hair from her head. It was clearly for a DNA test, which could destroy relationships if the truth is what we think.

However, there is just one problem with this speculation. Since it has already been confirmed that actor Andrew Scarborough is leaving the TV program, would he really abandon his daughter? We don’t think so, which means something else must happen.

There is a theory that Graham really is Millie’s father, but Kim ends up tampering with the paternity results in order to protect Andrea’s marriage.

Emmerdale spoilers suggest that another theory could be that Graham exposes Kim for everything she has put him through. In fact, it is his reason for leaving town because he can’t deal with her revenge plot any longer. We do know that he will have a change of heart and think about staying. But is the risk of what Kim could do really worth it?

Whatever the devastating revelation has to do with, it has been confirmed that it could shatter relationships. So it must be something deeply personal that affects more than just Graham and Kim.

What do you think is going to happen on Emmerdale? What is the big revelation that is teased to be devastating? What could shatter relationships besides a paternity reveal? Fans will have to keep watching the British soap opera to see how this storyline ends.

Be sure to tune in to catch up on everything happening on the soap right now. Come back here often for the latest Emmerdale spoilers, updates, news and rumors!