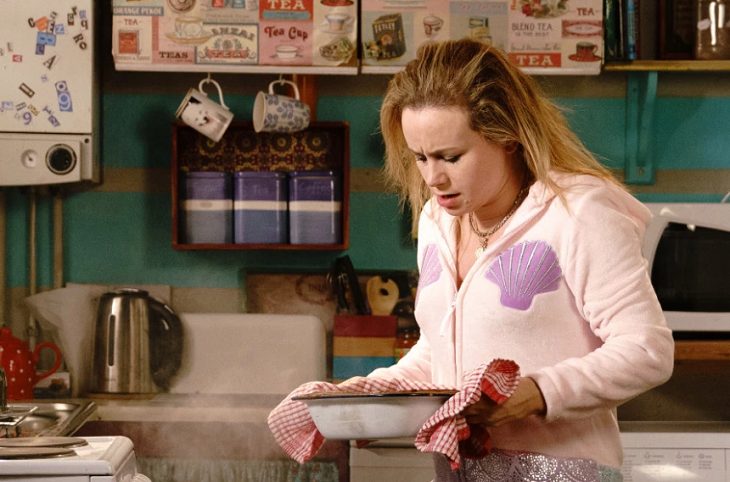 Coronation Street spoilers tease that Gemma Winter (Dolly Rose Campbell) is none too pleased over the fact that her mother Bernie Winter (Jane Hazlegrove) is back in town. As a matter of fact, Gemma won’t appreciate the fact that Bernie didn’t give her any warning about her sudden homecoming. Here’s what you need to know.

In recent weeks, fans have seen Gemma patch things up with her brother, Paul Winter (Lee Booth) when he arrived in Weatherfield late last year. She’s also seen her fair share of ups and downs in her romance with Chesney Brown (Sam Aston), which resulted in a surprise pregnancy.

With a baby on the way, Gemma is looking to her family members to help support the tot. Thankfully, her estranged mother Bernie is willing to give her daughter a hand and help her with the newborn baby. 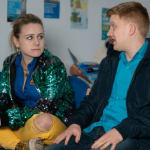 However, fans will soon see Gemma clash with her mother Bernie, who is best described as “an old raver who still sees herself as a free spirit” in more ways than one.

In other words, Bernie might not be the most trustworthy person to take care of Gemma’s newborn child.

It will begin when Gemma decides to leave Weatherfield, but is left upset when her mother fails to pick her up. Also, Paul has his reservations about their mother. Especially after she turns up out of the blue and decides that she wants to be a part of their lives. This is despite the fact that she’s been absent for so many years.

Coronation Street Spoilers – Is She An Uncaring Mother?

Speaking about her new role, actress Jane Hazlegrove told Express.co.uk in a new interview: “I’m thrilled to be joining Coronation Street. It’s where I started my apprenticeship as a very young actor. I can’t wait to get stuck in.”

Apparently, Bernie will have a hard time convincing everyone that she’s a trustworthy or even caring mother who is worthy of a second chance.

Days Of Our Lives Spoilers: Tripp Finds Wedding Photo Torn In Half