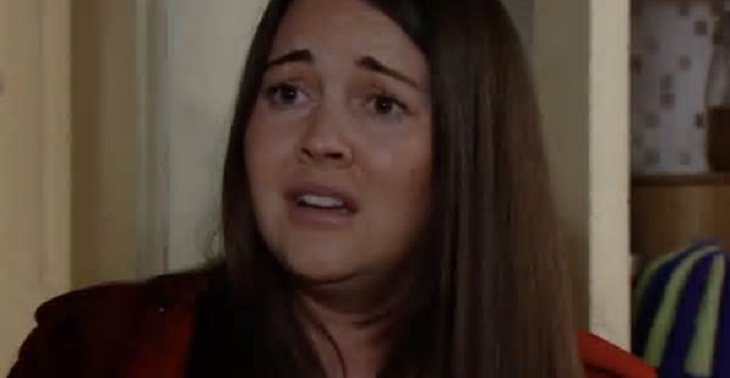 Lacey Turner, known for her role as Stacey Fowler in EastEnders, is set to take a short maternity break, which means her alter ego will be away from Walford for a while. Upcoming scenes reveal that Stacey and the rest of the Slaters will face a legal battle against Kush Kazemi (Davood Ghadami) for the custody of a young toddler, Arthur (Hunter Bell). This could set the stage for Stacey’s “dramatic” and “explosive” departure from the sudser.

Things have been rough for Stacey recently. She discovered that her mother Jean Slater (Gillian Wright) is suffering from stage three ovarian cancer. Then she had to face her brother, Sean Slater (Robert Kazinsky), whom she hasn’t seen for a long time. Lately, she found out that Kush, the father of her son Arthur, is having an affair with her cousin Kat Slater (Jessie Wallace).

In the recent episodes of EastEnders, viewers have witnessed the growing rift Stacey’s husband, Martin Fowler (James Bye) and Kush after the former’s daughter, Bex Fowler (Jasmine Armfield) confessed her love to the latter.

Even though Bex returned home safely, her father blamed her best friend Kush for her disappearance. Martin also denied Kush access to his son, preparing all of them for a joint custody battle for the child.

The portrayer of Martin, James Bye, teased that Stacey’s departure from the Square as “a slightly different exit to what the audience may be expecting,” and added that it was “going to be dramatic.” Meanwhile, Davood Ghadami also described Stacey’s final scenes as “explosive.”

It is the natural instinct of mothers to protect their child. What will Stacey be willing to do to keep her son close? Will she take her son away from Walford and go into hiding? Or will Kush and Stacey find a way to compromise?

The Young And The Restless Spoilers: How Far Will Phyllis Go?