Eastenders Spoilers: Sean Slater Is Back and In For A Shock 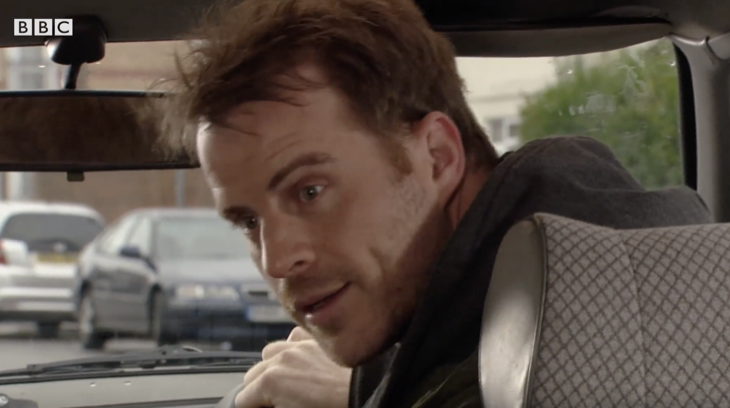 Eastenders spoilers tease that there will be a huge shock for Sean Slater (Rob Kazinsky) as he is set to return to Albert Square very soon. Not only will his family and friends be surprised to see him, but appears as though Sean will be hit with a huge bombshell as well. Here’s what you need to know.

As many fans know, Sean hasn’t been seen in over a decade. However, when he returns to Walford he will have what can best be described as a frosty welcome from Jack Branning (Scott Maslen). He immediately reignites their feud when he finds out that Sean is the reason why Amy disappeared.

Tempers will flare. Also, Jack will soon realize that Sean has no idea that Roxy (Rita Simons) is dead. He will take him to her grave and tell him that she drowned alongside Ronnie. This will leave Sean absolutely crushed. He will also feel gutted over the fact that he never really got to make things up with Roxy.

Back on the Square, Jack will also break the news to Stacy Slater (Lacey Turner) that her brother has returned. For many Eastenders fans, it will be interesting to see just how Stacy will respond to the news. Also, Jean Slater (Gillian Wright) will be in for a huge surprise, too. Needless to say, fans will have to buckle up because

Eastenders spoilers indicate that there will be plenty of drama brewing for the Slater family now that Sean is back. Jean might not even be strong enough to handle what’s in store for her! There will even be plenty of mother and daughter tension after Stacy tells Jean that she got in touch with Sean behind her back. Of course, fans will have to tune in to find out what will happen next.

The last time that Rob Kazinsky was on Eastenders was back in 2009. So far Eastenders producers have not made any comments on how long fans can expect to see Sean Slater on the canvas.

‘Days Of Our Lives’ Spoilers: Eric Forced To Choose Between Sarah and Nicole; Who Will He choose?