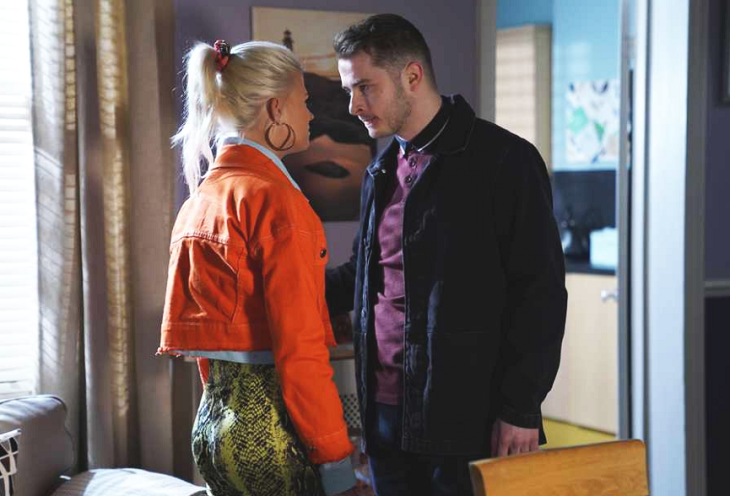 She’ll tell Billy Mitchell (Perry Fenwick) after her ex-fiancé Ewan Pollitt (Riley Jones) appears in the Square. A drunken Lola will make a shocking confession that what Ben really wants to do is bring Phil down.

Billy is left shocked and unsettled at what Lola said, so he confronts her the following day. Worried that she might have revealed Ben’s secret, Lola tells her granddad that she was too drunk that night and didn’t know what she was saying. Billy thinks something is wrong and is left with a dilemma, whether to tell Phil about it or not.

EastEnders Spoilers – Ewan Pollitt Tries To Explain His Side

It seems Lola didn’t really plan to let Billy in on Ben’s secret. It all started when Ewan returned to Walford to take her and Lexi back home. Obviously, Lola is floored to hear such things from her former lover. After all, she thought Ewan left her and Lexi because he was disgusted by her cheating on him with Jay Brown (Jamie Borthwick).

Or at least, that was what Ben told her. “EastEnders” viewers know better. Ben manipulated Lola and forced her away from Ewan so she could help him with his plan to overthrow his dad.

Ewan attempts to explain his side. He tells Lola that Ben threatened his life to force him to leave Walford. He also said that Ben claimed to have killed Heather Trott (Cheryl Fergison) and that he can kill again without getting caught. Unfortunately, he fails to convince Lola and she puts him in his place. They start to argue and Lola ends up slapping Ewan.

Later on, Lola confronts Ben about Ewan’s accusations. His actions confirms that Ewan was telling the truth. She gives him a stern warning not to mess with her life again. With everything that she just discovered, Lola is feeling down and hurt.

She heads over to the E20 where she tries to drown her sorrows. Manager Mel Owen (Tamzin Outhwaite) spots her, and out of concern, she calls Lola’s granddad Billy who rushes to the club to find out what happened. That’s when Lola makes her shocking confession.

Love is in the air at the Slaters’ house! Are Kat and Kush about to be rumbled?#EastEnders. Tonight. 8pm. pic.twitter.com/cpw8yJd7UI

What will Ben do if he finds out that Lola has revealed his secret? Will Billy tell Phil? If he does, what will Phil do?

Young And The Restless Spoilers: Adam’s Return Changes Everything In Genoa City