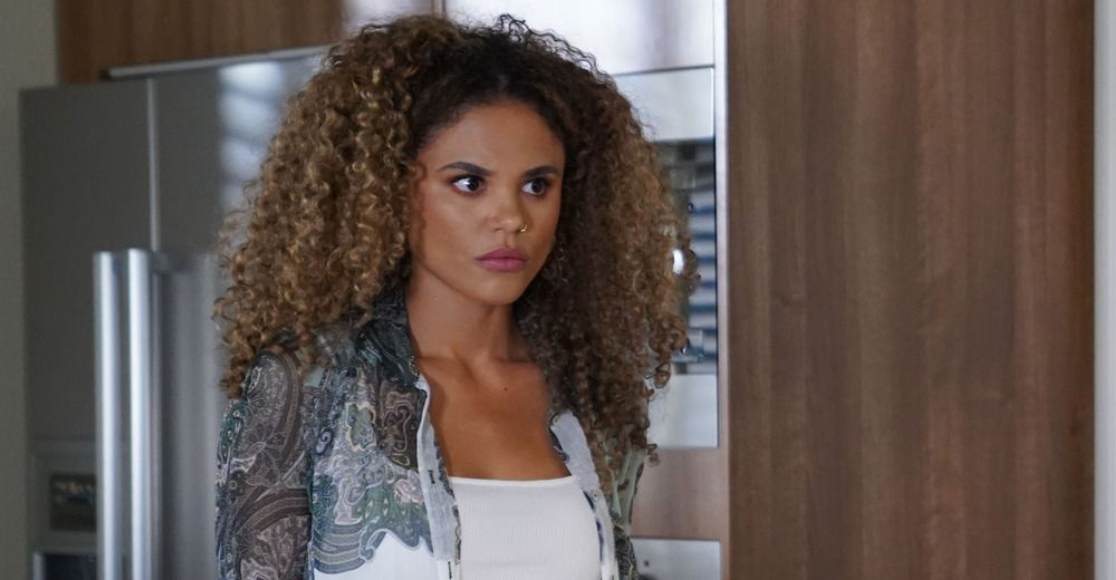 “EastEnders” revealed that Chantelle Atkins (Jessica Plummer) knew Jags Panesar (Amar Adatia) way back from drama school. Jags finally had the courage to come up to Chantelle by purposefully bumping into her while in The Vic. Before long, the two ended up reminiscing about the old times.

Meanwhile, it would seem that Chantelle won’t be getting her much needed break from her abusive husband Gray Atkins (Toby-Alexander Smith). As Mick Carter (Danny Dyer) unveils his wife swap competition, Gray doesn’t want her wife to take part in the event. He doesn’t like the idea that Chantelle will be spending a few days with another man.

He told his wife that he wants her all to himself. But Chantelle replied that spending a couple of days apart will do them good. But deep inside, Chantelle knew that she’ll just end up getting paired with her dad.

Later in The Vic, The Panesar brothers are enjoying themselves drinking when Chantelle and Gray arrived. When Gray went to the bathroom, Jags added his name on the bowl for the wife swap competition and bumped into Chantelle purposefully so he could strike up a conversation.

Elsewhere, Gray has something up his sleeve. Before the event started, he fixed the results and Chantelle winded up getting paired with her father Mitch Baker (Roger Griffiths). The results clearly devastated Chantelle since she was looking forward to getting a break from her husband.

Will Jags be the person who’ll save Chantelle from her abusive husband? What will Jags do to Gray once he finds out what he’s been doing to her?

It’s been a few months since “EastEnders” kicked off Chantelle’s abuse storyline. Fans saw Gray hit his wife following the Walford 10k run and they also discovered that it wasn’t the first time he laid his hands on her.

The sudser is aware that it’s a sensitive storyline and that’s why it worked with Refuge and Women’s Aid to make sure that it’s been portrayed accurately.

“It is a crime which takes the lives of two women every week in England and Wales alone, with one in four women experiencing the issue in their lifetime,” she continued.

“Domestic abuse mostly happens behind closed doors – hidden, lurking in the shadows of our society,” she added.

“No one should live in fear of their partner. Refuge commends EastEnders for shining a light on this insidious issue,” she said.

The Bold and the Beautiful Spoilers: Steffy Calls Out Hope on Her True Colors – She’s a ‘Typical Logan’