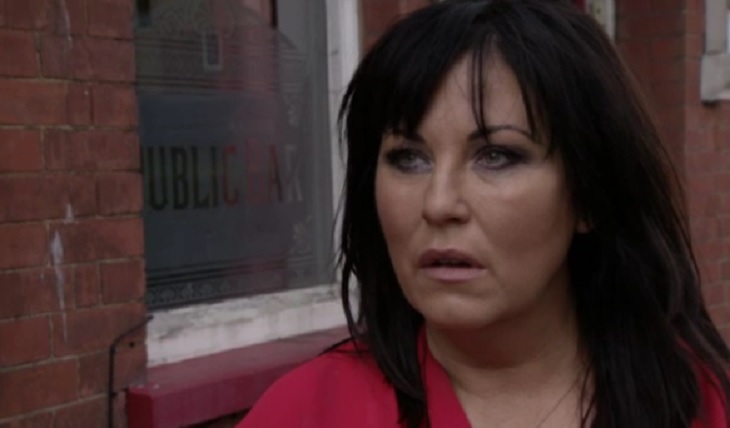 EastEnders spoilers indicate that Kat Moon discovers a note that Alfie left in her bag. As she tries to read the secret message, she discovers that the paper she found on her purse was missing its other half. She tries to look for it but Ernie comes forward and says he ate the other half.

Kat has been worrying about her husband especially when she received a text message from him saying “I’m in trouble. Need 48 hours. Trust me. X” Alfie Moon has been in a tight spot after Ian Beale decided to withdraw his investment. He is in desperate need for cash and turns to Phil Mitchell for help. Alfie also grows more curious when he finds Keanu Taylor’s money stash at The Arches.

EastEnders Spoilers – Kat’s On The Case!

Kat and the rest of the Slaters search the entire house to find more clues that might help explain Alfie’s disappearance. Phil turns up and stirs things up for the family when he asked where Alfie is. Viewers may remember that Alfie tracked Phil down to convince him to give the money he needs. With Alfie’s disappearance, Phil is worried that he might have gone a runner. Later on, Kat manages to find the rest of Alfie’s note and heads upstairs.

EastEnders spoilers show Phil Mitchell is preoccupied keeping Keanu away from his daughter Louise after finding out that the two have started to get too close. However, he changes his mind soon after hearing what his daughter had to say and invites Keanu for dinner.

Huge congratulations to the awesome @MrDDyer!! 👏
Best Serial Drama Performance @OfficialNTAs 2019. We knew you could do it!
Boom. 👊
Thanks to everyone who voted. pic.twitter.com/0rUZvlrKIy

Keanu declines the gesture and admits that he felt uneasy going out with Louise because she just recently broken up with his brother Keegan. What Phil didn’t know is that Keanu is not just involved with his daughter but with his wife as well.

Where is Alfie? What will Kat do? Will Phil find out that his wife Sharon has been having a fling with Keanu, who is also involved with his daughter Louise? Find out what happens next on the next episodes of EastEnders.

Days of Our Lives Spoilers: When Will Brandon Barash Replace Tyler Christopher?