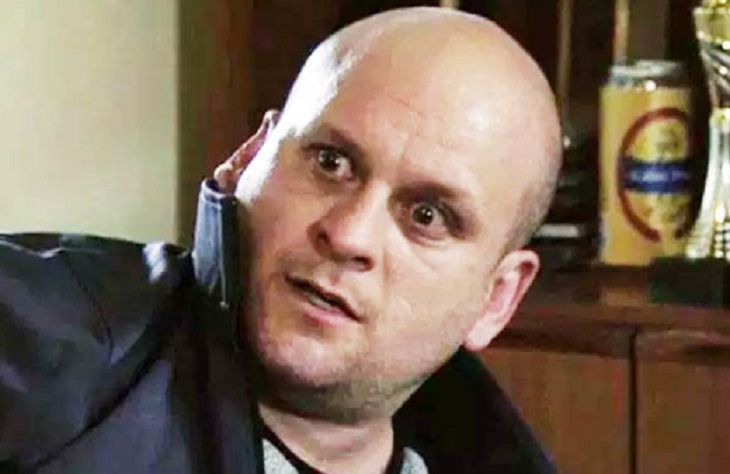 Is someone from Stuart Highway’s past about to pay him a surprise visit on EastEnders? That’s what a lot of fans can’t help but wonder as new EastEnders spoilers indicate that there’s a very good chance he will be shocked when a mysterious friend will give him quite a blast from the past. Here’s what you need to know.

There isn’t much that EastEnders fans know about Stuart’s past or his family, even though his daughter did unexpectedly appear late last year.

Zara was actually born during a relationship with an ex that Stuart now has no contact with. And now actor Ricky Champ teases that fans will soon learn a little more about what happened and what’s in store for his character and the future.

Speaking to Express.co.uk in an interview, the actor told the publication, “That’s a possibility because that hasn’t been explored, there is a whole kind of black hole there. I had an idea of the story in my head before we met Stuart Highway so I’d like to speak to the powers that be about that.”

EastEnders Spoilers: How Will Stuart React?

It’s without a doubt that fans can’t wait to meet this woman who once own Stuart’s heart. It’ll be interesting to see how he will react once he sees her again.

Of course, fans will simply have to tune in to find out what will happen next. EastEnders airs on the BBC in Britain and is available on Britbox in the United States. Check your local listings for times.

In the meantime, let us know what you think by leaving us a line with your thoughts in our comments section below. And as always, don’t forget to check back with Soap Opera Spy for all the latest news, updates and spoilers on Eastenders and all of your favorite daytime television shows right here.

Bold And The Beautiful Spoilers: Hope Lashes Out At Liam – He Still Has Baby Kelly