DOOL Spoilers: Ben Gets Revenge On Claire – Rats Claire Out To Tripp 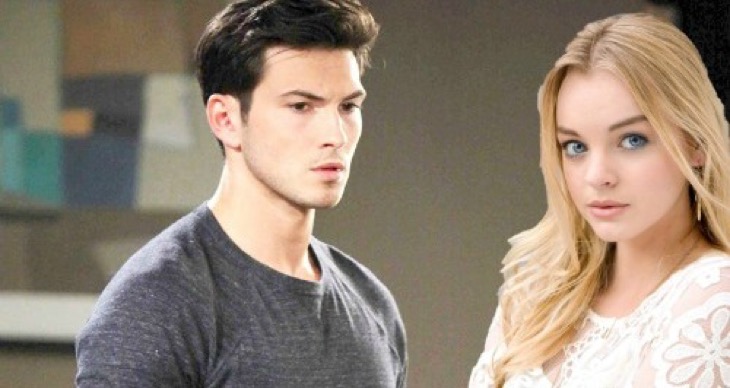 Days of Our Lives (DOOL) spoilers tease that Ben Weston (Robert Scott Wilson) will be totally devastated by Ciara Brady’s (Victoria Konefal) decision to leave Salem. Ciara went to South Africa to visit Theo Carver (Kyler Pettis), who is undergoing therapy for partial paralysis there. She needed to get away after learning that Ben kidnapped Gabi Hernandez (Camila Banus) and conspired with Claire Brady (Olivia Rose Keegan) to break up herself and Tripp Dalton (Lucas Adams).

It was all too much for Ciara to process, and she felt that she needed to get away from Ben for a while, to clear her head. But from Ben’s perspective, this feels like a breakup, and he’s beside himself with worry. Ben truly cares about Ciara, and the thought of losing her is more than he can bear.

But feelings of sadness won’t be all that Ben is feeling. He’ll be furious with Claire for admitting to Ciara that the two of them conspired to break up Ciara and Tripp. Ben was never keen on the idea of working with Claire in the first place, and the fact that Claire let it slip that they conspired will irk Ben enough for him to take action against Claire.

I’m surprised Hope didn’t blame Ben for Julie’s fall. Thinking Ben was hiding in the corner of the stairs with his foot out 😂 #Cin #Days #dool pic.twitter.com/OhfOg0xSmw

According to Days spoilers, Ben will decide to get his revenge on Claire the only way he can. He’ll inform Tripp that he and Claire conspired and that the whole thing was Claire’s idea to begin with. And Ben’s timing will be spot on, as his disclosure to Tripp will come just days after Tripp and Claire make love.

Chances are, Tripp’s not going to be very happy with Claire for her conniving ways. After all, if Clarie and Ben hadn’t conspired in the first place, then it’s possible that Tripp might still actually be with Ciara, and “Cin” may have never become a couple.

Whether this spells the end of Tripp and Claire remains to be seen, but it’s likely that it will at the very least cause major problems in their relationship. Of course, this will all be happening around the same time that Tripp meets Haley Chen (Thia Megia), so perhaps Claire’s actions will propel him in Haley’s direction.

What do you think? Will Ben’s revenge mean the end for Claire and Tripp?