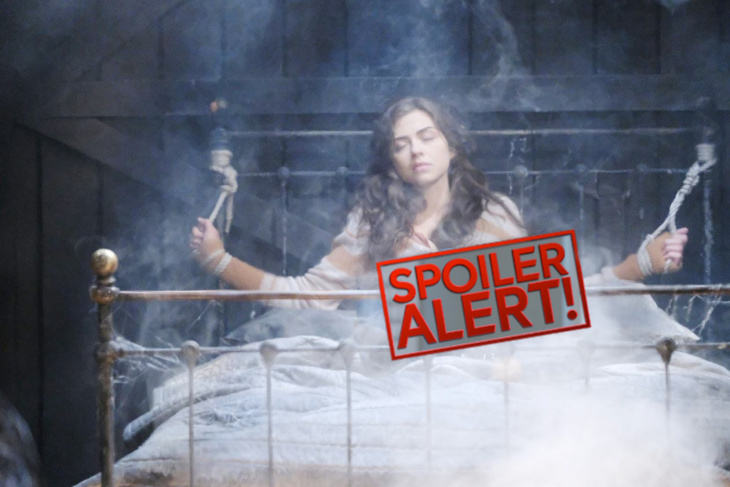 “Days of Our Lives” spoilers for the week of February 11-15 tease that love will be in the air as Valentine’s Day approaches. Of course, there’ll be some deadly danger before sparks fly! Ben Weston (Robert Scott Wilson) will find himself framed for Ciara Brady’s (Victoria Konefal) kidnapping as well as Charlotte Dimera’s. He’ll get arrested, but he won’t let that stop him from his ultimate goal.

Ben will be determined to find Ciara and bring her home. He’ll escape from police custody and track down Chad DiMera (Billy Flynn) to make a proposal. Ben knows Chad doesn’t trust him, which is understandable considering his history. The reformed killer spent so much time targeting Chad and Abigail Deveraux (Kate Mansi), but that was before he got on the proper medications.

Now Ben’s on the right path, but he won’t expect or need Chad to believe that. All he’ll need is an agreement to team up for the people they love. “Days of Our Lives” spoilers say Ben and Chad will work together to find Ciara as well as Charlotte. They’ll be desperate to pull off a dramatic rescue.

Enemies on screen, friends behind the scenes! #DAYS

After Jordan Ridgeway (Chrishell Hartley) sets the cabin on fire, Ben will rush inside and carry Ciara out of the flames. He’ll be relieved once she’s safe and can be taken to the hospital. Jordan will cause more drama later, but at least Ben and Ciara will get some romantic moments for Valentine’s Day. Even Hope Hernandez (Kristian Alfonso) will put aside her hatred for Ben to let them reconnect.

Over with John Black (Drake Hogestyn), he’ll celebrate the heartfelt holiday with Dr. Marlena Evans (Deidre Hall). “Days of Our Lives” spoilers say they’ll have fun, but something will be weighing on John’s mind. It looks like Diana Cooper (Judith Chapman) may deceive John about Leo Starke’s (Greg Rikaart) paternity, so he’ll have some concerns about what the future holds.

“Days” fans won’t want to miss the exciting week ahead. We’ll give you updates as other news and rumors emerge. Stay tuned to DOOL and don’t forget to check Soap Opera Spy often for the latest “Days of Our Lives” spoilers, rumors, updates, and news.