Days of Our Lives Theory: Xander Responsible For Mastermind Baby Switch – Mickey Is Not Sarah’s Daughter? 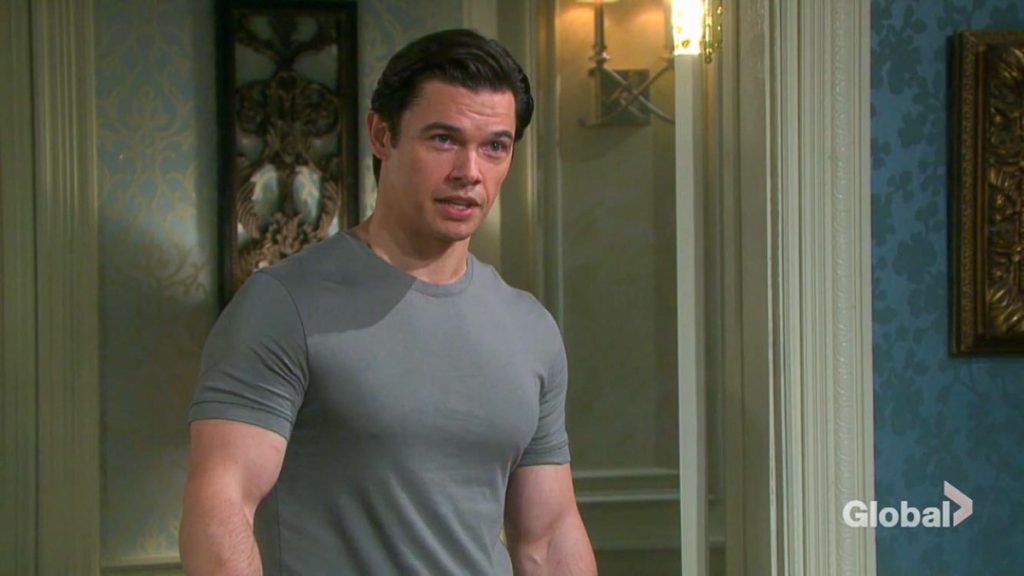 Days of Our Lives spoilers tease that there might be a baby swap storyline coming up. However, that isn’t all. Could it be possible that Xander Cook Kiriakis (Paul Telfer) is responsible? Was it a desperate attempt for him to hold onto Sarah Horton (Linsey Godfrey) and his new “family?”

DOOL spoilers reveal Xander has always been desperate to hold onto Sarah. He has done all kinds of crazy things to keep her close to him, even though they were not a couple. Now, just as she is starting to develop feelings for him, could everything be ripped apart by a truth bomb?

For the past year, Sarah has been just as bad as Xander. She has lied, kept secrets and manipulated situations in order to make things easier for her. It led to Eric Brady (Greg Vaughan) not knowing that Mackenzie “Mickey” Horton (the May twins) was his daughter. The child is now six months old and Eric has every right to be upset.

Days of Our Lives spoilers reveal that some fans think that there is a baby switch storyline in here somewhere. There is also an upcoming medical issue for Mickey, or at least that is what the spoilers are suggesting. Could Mickey actually be Brady Black (Eric Martsolf) and Kristen DiMera’s (Stacy Haiduk) daughter, who died? If so, could that mean that the medical issue is what baby Tate Black had, which required a bone marrow transplant?

Those same fans that predict a baby swap are also suggesting that the whole baby bombshell could lead to one future nun coming back to Salem. Could it reunite “Bristen” back together and if so, how will JJ Deveraux (Casey Moss) react to Haley Chen’s (Thia Megia) killer returning to town and getting her perfect life?

What do you think of the theories regarding this storyline? Could Mickey actually be Brady and Kristen’s baby? Could the little girl be suffering from SCIDs, just like Tate Black?

General Hospital Spoilers: Willow Is Anxious To Know The Truth – Does She Have A Surprise In Store?

‘The Young and the Restless’ Spoilers: Sharon Helping With Connor’s Issues – Causes Danger To Chadam Reboot