Days Of Our Lives Spoilers: Xander Gets Revenge On Kristen, Steals Her Mask 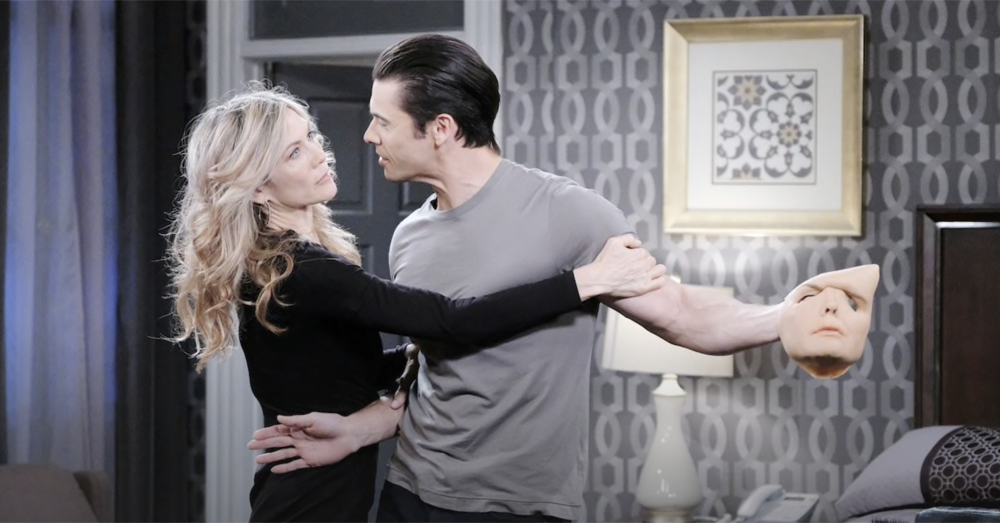 Days of Our Lives spoilers tease that Xander Cook Kiriakis (Paul Telfer) will get revenge on Kristen DiMera (Stacy Haiduk) in Tuesday’s episode of Days of Our Lives! In fact, his revenge will lead to her having to change disguises, because his revenge is to steal her Nicole Walker (Adrienne Zucker) mask!

According to Soap Opera Digest late-breaking news, Kristen will have given Ted Laurent (Gilles Marini) and Kate DiMera (Lauren Koslow) a deal to let them live but they have to blame their kidnappings on Stefan DiMera (Brandon Barash).

Somehow in this deal, Kristen manages to protect herself but somehow didn’t protect Xander. This could be part of why he found himself in handcuffs in Monday’s episode, although again he managed to avoid being held in the Salem Police Department’s jail. Xander is determined to teach her a lesson and swipes her Nicole mask, and pulls a prank on her by sending her a Mexican wrestling mask to use in its place!

DOOL Spoilers: Kristen DiMera Has More Than One Disguise

Kristen has more than one disguise in her bag of tricks as well as in her travel bags! She heads for the Kiriakis mansion disguised as Susan Banks (Stacy Haiduk) with the intention of sneaking into Xander’s bedroom and looking for her Nicole mask; but since she is very obvious with her handing Xander’s wrestling mask when she does encounter him – with his briefcase, which her Nicole mask is hidden in – he sees through her cover right away! She toys with him for the benefit of others in the room who are watching, but doesn’t get the mask or figure out it’s in his briefcase!

Days Of Our Lives Spoilers: Susan Banks Gets Distracted

“Susan” encounters a few distractions along the way as she is later trying to search every room for where Xander hid her mask after he leaves, but she never does find the mask, obviously because Xander took it with him when he left with his briefcase!

Days Of Our Lives Spoilers: Maggie Horton Needs Help – Can Sarah Save Her? https://t.co/Tps3ZK7g0N pic.twitter.com/fKKprdrpJK

Apparently he learned a lesson from Ted Laurent (Gilles Marini) having looked in his room in his briefcase and finding the true autopsy report on Holly Jonas (Scarlett and Harlow Mallory) and now takes his briefcase with him wherever he goes and does not leave it in his room unattended! As a result, Kristen will masquerade as Susan for the time being, although people undoubtedly will wonder what happened to Nicole and where she went!

Days Of Our Lives Spoilers: Adrienne Appears To Justin, Is His Dead Wife Really…