Days Of Our Lives Spoilers: Will “Stefano” once again try to claim Marlena as his “Queen of the Night?” 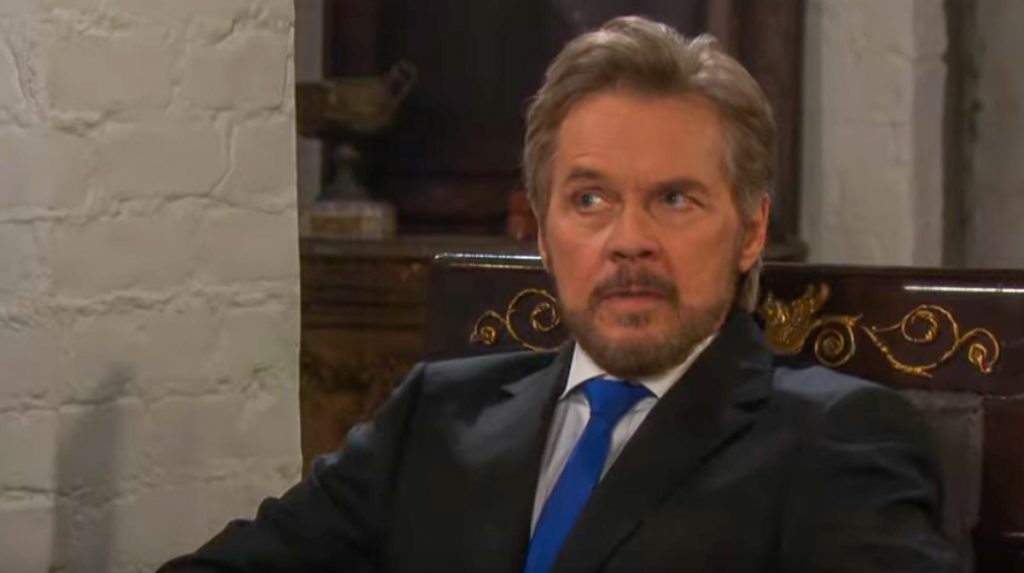 Days of our Lives (DOOL) spoilers tease that we will soon see who the “Stefano Dimera” (Joseph Mascolo) is that has been contacting Chad Dimera (Billy Flynn) and sitting for a portrait for Princess Gina (Kristian Alfonso). Spoilers reveal that it’s actually Steve Johnson (Stephan Nichols) who has been implanted with Stefano’s memories!

This revelation will impact a lot of people. Kayla Brady (Mary Beth Evans) just received divorce papers from Steve, and has begun a romance with Justin Kiriakis (Wally Kurth). But even more interesting will be impact “Stefano” has on Marlena Evans (Deidre Hall). Marlena has long been Stefano’s obsession. He has been quite determined to make Marlena his “Queen of the Night”. This has led to Marlena being Stefano’s prisoner several times over the years.

At one point Stefano was coming to Marlena in the middle of the night through a secret door in Marlena’s penthouse. This is what actually led to Marlena being possessed at one point! Another time, Stefano helped convince Marlena that she was actually the Salem Stalker, a serial killer who had murdered several Salem residents. The impact of these events has always been something Marlena doesn’t like to talk about.

Days of Our Lives Spoilers – A gift from an admirer

Spoilers indicate that Marlena will soon receive a gift from a secret admirer. She will immediately wonder if Stefano is back. The real Stefano is actually missing and has been for years. But with Steve now thinking he is Stefano, his quest for his Queen of the Night may very well be back in full force as well. But what are his plans for Marlena and will they lead anything as catastrophic as her Possession or her turn as the Salem Stalker?

Will Steve as “Stefano” kidnap Marlena again? Or is something even more nefarious coming? What will happen to Marlena as a result of this? Only time will tell, so stay tuned to Days of Our Lives airing weekdays on NBC. And don’t forget to check back here regularly for all your Days of Our Lives news, information and spoilers!

General Hospital Spoilers: Trina Had A Genealogy Test! – Is Stella Her Secret Relative?