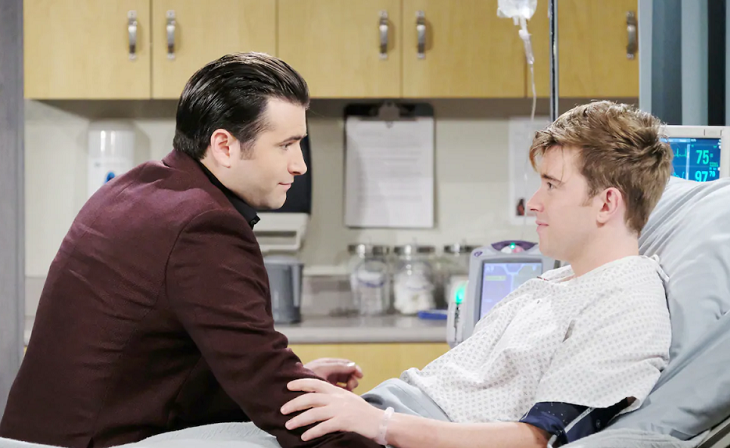 Days of Our Lives (DOOL) spoilers tease that Will Horton (Chandler Massey), wanting to make whatever time he has left to live count, will propose to his partner Sonny Kiriakis (Freddie Smith) on Monday’s episode and they will want to get remarried as soon as possible!

The recent summer previews promo released by Days of Our Lives showrunners speaks of four weddings, and Will and Sonny’s will probably be the first one that takes place, more than likely before the end of June. Some Days of Our Lives spoilers say they will marry the week of June 17, but the proposal will happen this week.

DOOL Spoilers– Will And Sonny Have Had A Rough Journey

Will and Sonny have had quite the rough journey with each other, actually having been married the first time in 2014, with Dr. Marlena Evans (Deidre Hall) officiating. Then Will was tragically killed by The Necktie Killer but was revived by Dr. Wilhelm Rolf (William Utay).

He was found in Memphis by his family, staying with Susan Banks (now Stacy Haiduk) with amnesia, thinking he was EJ DiMera (James Scott) thanks to Susan’s machinations. However, he was rescued and returned to Salem, where he became involved with Paul Narita (Christopher Sean) because he didn’t remember his life with Sonny. This is where Rolf’s amnesia serum came in and Will took an overdose of it so he could remember everything faster.

Then, as Days of Our Lives viewers will recall, once Will remembered who he was and Paul Narita left Salem, Will and Sonny started to reunite, only to be hindered by Leo Stark (Greg Rikaart) who eventually blackmailed Sonny into a marriage to him. 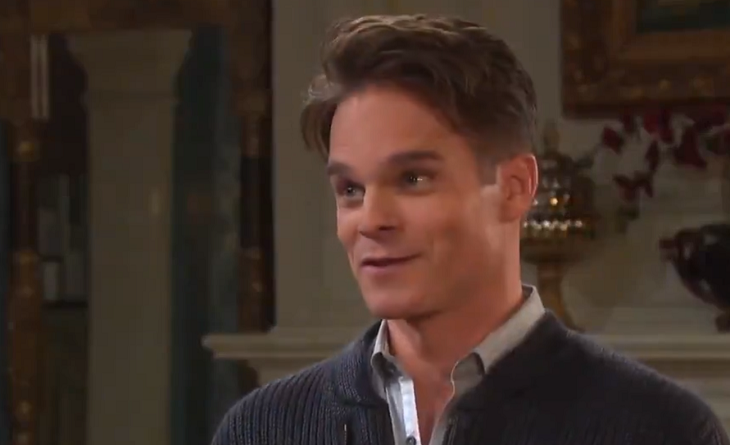 That went on for several months until the Leo problem was finally solved, and as Leo signed the papers to invalidate the marriage to Sonny, he cursed Will with a Greek evil eye curse, and Will was struck with a terrible headache and passed out on the floor!

Sonny, believing in the Greek evil eye gave him a pendant to wear that was supposed to get rid of the curse, but after it didn’t work, Will, of course, was taken to get checked out and that’s when the brain tumor was found, which since has been determined to have been caused by the amnesia serum, or possibly the overdose of it.

Will the couple have enough time to get married and have any time together at all? Stay tuned to Days of Our Lives and keep checking DOOL spoilers frequently for all the latest news, updates and developments! As always, more detailed Spoilers and Breaking news will appear here on Soap Opera Spy!