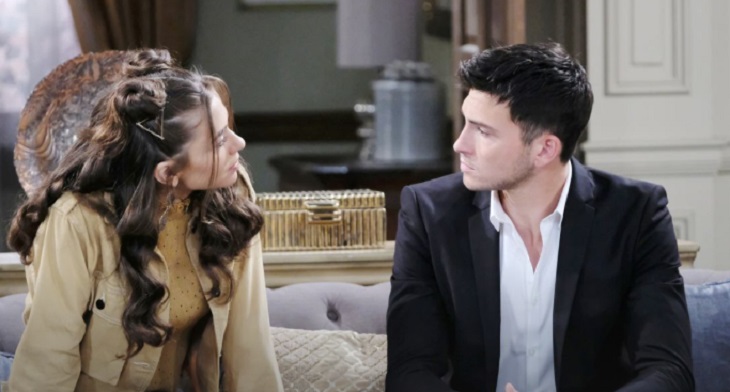 “Days of Our Lives” spoilers for Tuesday, March 19, tease that Eric Brady (Greg Vaughan) will grow increasingly desperate. As he battles guilt over kissing Sarah Horton (Linsey Godfrey) and fears for his mother’s life, Eric will make a significant promise to God.

He’ll vow to stay away from Sarah if Marlena will just pull through this. He would promise just about anything if it meant getting his mom back.

However, Marlena’s already coming back to her loved ones. After witnessing what life would be like for them without her, Marlena just can’t stay away. Eric’s vow won’t affect whether Marlena lives or dies, but you can bet he’ll keep his word – for a while anyway! He’ll undoubtedly try to shut Sarah out once Marlena miraculously awakens and reunites with her family.

Days Of Our Lives Spoilers – Leo Schemes For Brady’s Information

Over with Leo Starke (Greg Rikaart), he’ll be up to his old tricks. “Days of Our Lives” spoilers say Leo will scheme to secure information from Brady Black (Eric Martsolf). He’ll be hoping to gather some intel and give Stefan DiMera (Tyler Christopher) updates. DOOL fans can expect Brady to be wary of Leo’s agenda, so don’t be surprised when Brady turns the tables later this week.

Other “Days” spoilers state that Diana Cooper (Judith Chapman) will battle concerns. She’ll realize she might’ve left behind incriminating proof regarding Marlena’s murder attempts. The last thing Diana wants is for John Black (Drake Hogestyn) to learn the truth. She’ll do her best to hide her trail and keep herself out of prison, but John will definitely get suspicious soon.

At the DiMera mansion, Ben Weston (Robert Scott Wilson) will listen to Ciara Brady’s (Victoria Konefal) emotional speech. She’ll insist they have a real connection and urge Ben to accept that he’s not a threat.

“Days of Our Lives” spoilers say Ben will still have doubts, but Ciara will hope to kiss them away. Unfortunately, their hot lip lock will eventually be interrupted by gunfire.

It sounds like another gripping episode is coming up. We’ll keep you posted as other “Days” news and rumors emerge. Stick with DOOL and don’t forget to check Soap Opera Spy often for the latest “Days of Our Lives” spoilers, rumors, updates and news. 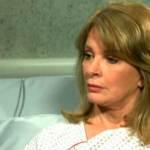