Days of Our Lives Spoilers, Thursday July 25: Jack Cuts The Cord On Eve – Stefan And Gabi Plot Against Nicole 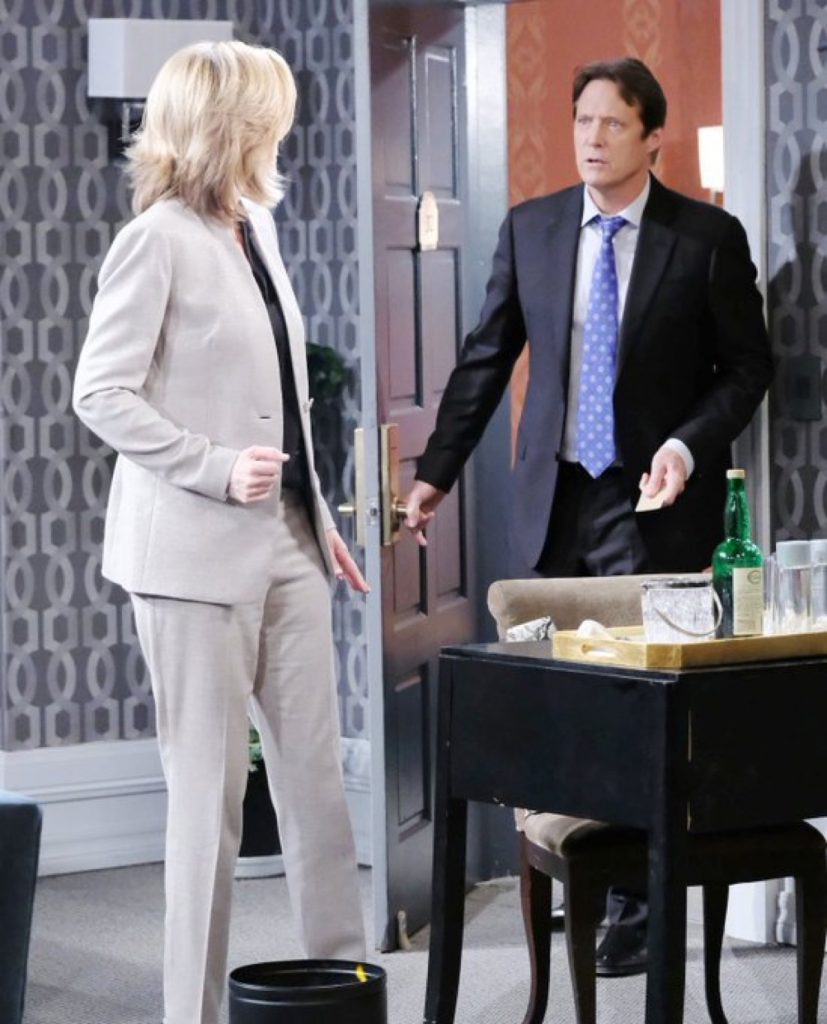 Days of Our Lives Spoiler: Jack Deveraux Wants His Memories Back

It begins with Jack telling his son JJ that he wants to give Dr. Rolf’s serum a try to see if he can regain any of his loss memories. Because Jack and JJ have been at odds lately, JJ is not sure if he should trust his father but at the same time definitely wants the old Jack back, just like the rest of the family. But if there’s one person who has given up home, it’s Jennifer Horton (Melissa Reeves). She’s done trying to convince Jack that he used to be a good guy and has decided to move on with a new handsome doctor in town.

Meanwhile, Eve is doing everything that she can to stop Jack from getting his memories back. She even comes up with a fake serum that Jack can take in the hopes that she can trick him. However, Jack catches her red handed and they argue over it. Jack decides to pull the plug on their relationship, leaving Eve as bitter and as desperate than ever before.

DOOL Spoiler: Stefan DiMera And Gabi Hernandez Get Down To Business

Elsewhere, knowing that they have some serious business to do, Stefan and the new love of his life decide to do something about Nicole as she’s been acting increasingly erratic lately. They are worried that she might do something to hurt the business. Kristen DiMera (Stacy Haiduk), meanwhile, seeks out an ally from Nicole’s past. Now that Xander Cook (Paul Telfer) wants nothing to do with her, she could use as much help as she could get.

Nicole seems to be oblivious to the fact that her life is spiraling out of control as she shares her plans with DiMera with Brady, in hopes that he will work with her. At this point, she’s willing to do anything to get him to spend as much time with her as possible.

Also, Haley Chen (Thia Mega) continues to have knife-wielding nightmares of Claire Brady (Olivia Rose Keegan) as her PTSD intensifies. Unfortunately, her mental health will get worse when Tripp Dalton (Lucas Adams) crosses the line. He tells a lie in order to get his hands on medication and gives a dosage to Haley, which will leave JJ by surprise. Fans will have to tune in to find out what happens next!